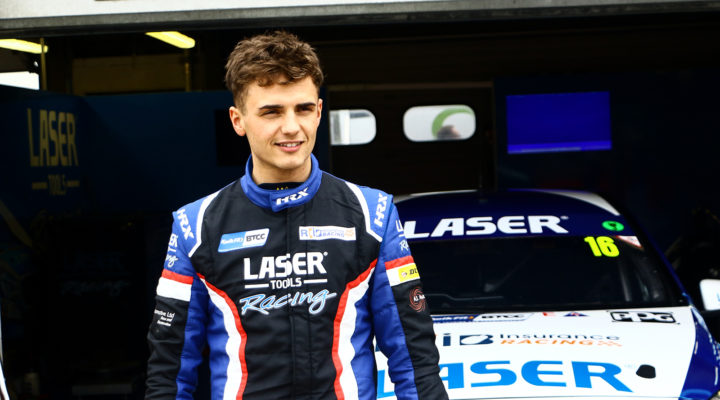 As the opening weekend of the new Kwik Fit British Touring Car Championship season approaches, Aiden Moffat and his Laser Tools Racing team have been extensively testing his Mercedes-Benz A-Class after a complete strip-down and rebuild over the winter months.

The big news for 2019 is that the car is now fully prepared and maintained at Laser Tools Racing’s new facility in Scotland. “We are now fully in control,” explained Aiden, “We have built an all-new facility which gives us the engineering and preparation capability together with full bodyshop and painting, which means that we can also offer customers full race car preparation and repair.

“The Mercedes was completely stripped down to a bare shell, then carefully examined and repaired where necessary after the punishment these cars take over a full season’s racing. We then took the opportunity to carefully examine the structure of the body shell and with assistance from our race engineers, it has been carefully modified to increase strength and stiffness, optimise the weight distribution and we’ve made it lighter as well.

“This has paid dividends already, as we’ve been track testing at every opportunity, visiting Snetterton, Donington Park, Oulton Park, Knockhill, two days at Croft and now we’ve just had another two days at Brands Hatch.

“I’m immensely proud to say that the car has behaved impeccably, which gives me tremendous confidence for the season ahead. With the bright new livery, and the fact that I am the most focussed, excited and eager for a new season than I have ever been before, I am really looking forward to it.

“In my opinion, the BTCC is getting more competitive every year. Every team and every driver are stepping up their game, so we have to do the same. Our biggest aim this year is consistency; that can be a challenge of course, but now that we are preparing the car in-house and with the obvious improvements we’ve made, it is certainly a realistic challenge.”