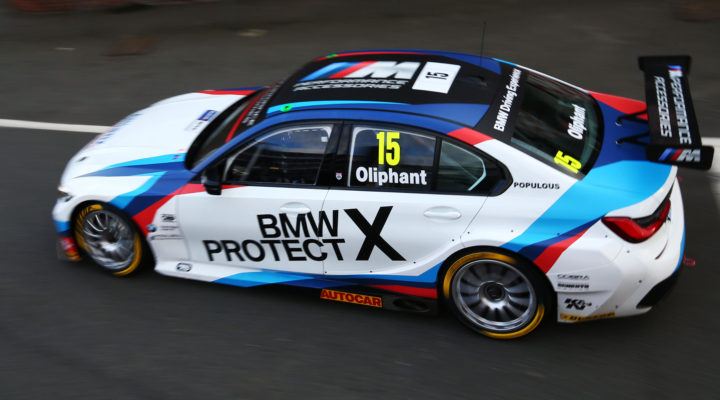 Oliphant clocked his lap relatively early in the session as light rain may have prevented teams from showing their true hand, but WSR team boss Dick Bennetts is still happy with his squad’s progress.

“Tom Oliphant did his time early on before the damp came, while the others were bedding in, but it has still been a good start to proceedings,” said Bennetts. “The decision came late in the day to build the three 330i M Sports. It’s a five-six month project condensed into three.

“Given it’s a brand new road car, we didn’t get shells until November with design and build getting underway in December. The guys have put in some long hours throughout an intense programme in the workshop.”

Sam Tordoff rounded out the top ten with the top 20 covered cars by less than a second amid greasy conditions.

Qualifying for Round 1 of the 2019 Kwik Fit British Touring Car Championship at Brands Hatch will take place at 15:15 later today and will be streamed live via www.itv.com/btcc.