PMR back on the podium 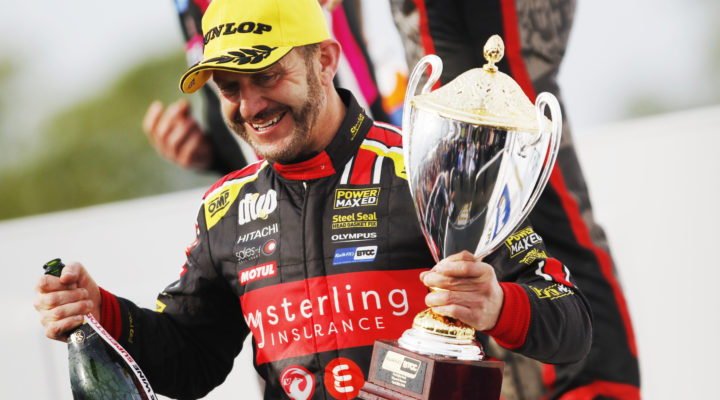 Silverware was the reward for the Hampshireman’s measured progress throughout the day, who, after a strong qualifying session in difficult conditions, found himself starting 10th and in a position to profit.

He climbed to seventh spot come race two before picking his way through to the rostrum in the final encounter. Searching for his first win in a front-wheel drive car since 2005, Collard ultimately ran out of laps to finish second.

“I was very, very pleased to get my first podium for Sterling Insurance with Power Maxed Racing and Vauxhall,” said Collard. “A lot of people wrote me off over the winter, and I was pleased to prove to the team and everybody that I’m still here and in-amongst it!

“I think our season started at Donington Park. Brands Hatch was a disaster from a tyre-choice point of view, but we were quick yesterday, we were quick today and it’s all looking very positive going in to Thruxton.”

Plato echoed his team-mate’s positivity, following a trio of top-ten finishes, with development of the car in relation to those around the Vauxhalls his main take-away from a strong weekend’s showing.

“It wasn’t a bad weekend all-in really,” said Plato. “Testing promised a bit better, but we’ve learnt more about the car, we’ve overtaken some people and had a decent weekend; everyone’s happy and Rob’s had a great result! We can’t ask much more than that really.”

Adam Weaver, Team Principal, Sterling Insurance with Power Maxed Racing said: “After the previous round at Brands Hatch, which we’d rather not think about, Donington had us back where we should be. We pulled in some much-needed points and proved to everyone that we’re far from out of the game.”

“Sunday was positive, and brought us a consistent haul of points,” added Martin Broadhurst, Technical Director. “Qualifying on Saturday was frustrating, but we made up good ground throughout the day, and bagged our first podium of the year. Both drivers are feeling confident in the cars, and the experience they bring, alongside the extensive data we have, means we can constantly work to make the cars even quicker.”

Andy Morton, General Manager, Sterling Insurance is on the lookout for more silverware for the trophy cabinet come Thruxton.

“What a great result it was for Rob and the team. We were expecting a wet and windy day, but were greeted by glorious sunshine.

“Coupled with the consistent point haul pulled in by Rob and Jason, we’re happy we backed the right horse in PMR! We’re excited to see what Thruxton will bring, and hopefully we’ll see some more silverware in the cabinet.”