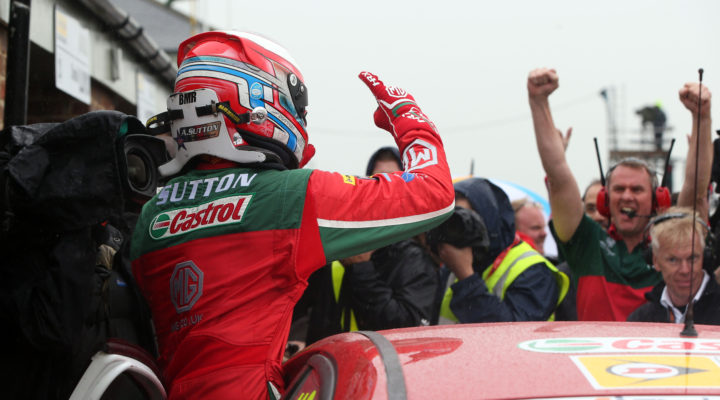 As we approach the next race weekend on the Kwik Fit British Touring Car Championship calendar, we look back over the previous years’ exceptional racing produced at Croft Circuit.

Often regarded as the truest all-round test on the BTCC calendar, it is unsurprising that Croft has a special place in the hearts of many of the championships’ drivers and teams.

“Croft always generates great action, with plenty of opportunities for overtaking and, dare I say it, incidents! It’s a difficult circuit to master; the first half of the lap is a high-speed challenge, before you get to the Complex, where you need to slow it all down. There’s a bit of everything, which is what the drivers really appreciate.”

Looking at previous years’ records, and the unpredictability of the championship, it is difficult to predict just how the next three rounds will go. There are drivers with a strong history at the circuit, which could be argued puts them ahead of the rest. However, there’s any number of others at the sharp end, aiming to bring the competition to these circuit favourites. With the resurfacing of the track, too, this weekend is sure to throw up some unpredictable results.

It’s approaching a decade since Andrew Jordan took his first ever win in the BTCC. Having joined the fold in 2008, Jordan’s then-best was second until Round 15 of the 2010 season saw him take to the top step at Croft.

Jordan led from the reverse grid pole and was unchallenged for the entire race, helped by contact between Tom Onslow-Cole and Tom Boardman which allowed Jordan to build up a huge lead by the end of lap one.

“I was in constant contact with my father on the pit-wall and he said I had a big six-second lead, so I just cruised it home listening for any vibrations,” the West Surrey Racing driver recalls.

Since the 2010 season, Jordan has only won at Croft on one further occasion, in 2014. However, following his pair of victories at Thruxton Circuit last time out, he’s in form heading into Rounds 10, 11 and 12. Alongside this, the rear-wheel drive BMW 330i M Sport will likely also have its advantages at the historically RWD-suited circuit.

Sutton takes to the top step

Ash Sutton’s another driver who sprayed the winners’ champagne for the first time in the BTCC at Croft, in 2016. Sutton spent the early part of the year showing flashes of pace – impressing out-of-the-blocks at the pre-season test, pipped into second at the last by legend Matt Neal – while acclimatising himself to Britain’s top tier motorsport series. At Rounds 13, 14 and 15, he really came into his own.

He’d previous taken a race win at Croft back in 2015 during his time in the Renault UK Clio Cup. Sutton drew on this experience and used it to his advantage a year later at a circuit he’s become fond of.

This first-place finish set the bar for Sutton in North Yorkshire, having achieved three more wins at Croft alone over the last two years, alongside two pole positions and two fastest laps.

Considering this is only Sutton’s third season in the championship, he has proven a real challenger for the incumbent ‘King of Croft’, Colin Turkington’s moniker.

Sutton’s start to the 2019 season has been consistent, as he currently sits comfortably in fourth in the Drivers’ standings. In fact, he’s never been so well placed at this stage of a BTCC campaign. He’ll have his eyes on the top step of the podium this coming weekend, though, as the highest placed driver not to have won a race this season and around one of his favoured circuits.

This year once again sees Sutton driving the factory Subaru Levorg GT, the car he drove to three of his four wins at Croft – the other being the MG6 GT. The Subaru’s rear-wheel drive nature should hold some sway at the circuit and, alongside his previous success there, the next few rounds could prove to be very interesting for Sutton’s title challenge.

The King of Croft

Colin Turkington’s un-matched record at Croft has seen him dubbed the ‘King of Croft’, and looking at his results it is clear as to why. With a total of 12 race wins in North Yorkshire, Turkington has tallied more than twice as many as any other driver.

In both the 2008 and 2009 seasons, and 2013 and 2014 seasons, he was victorious in four out of the six races over each two-year period. Alongside this, he has amassed 20 podium appearances at Croft, at least one for every season he has competed, except for 2003. Additionally, he has taken nine fastest laps and holds the qualifying and race lap records, both of which he accomplished in 2014.

As standings leader and an undoubted Croft specialist, Turkington will be earmarked by many as the one to beat this weekend. That said, over the past five years, the Northern Irishman’s four-win tally, as well as his pole position count, has been matched by Adrian Flux Subaru Racing’s Ash Sutton.