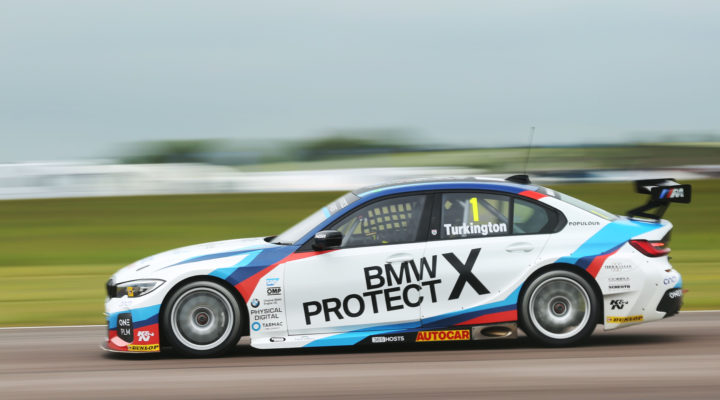 BMW is set to return to a happy hunting ground this weekend, as Croft Circuit awaits the latest instalment of the UK’s premier motorsport series.

All three drivers are previous race-winners in North Yorkshire – indeed, Colin Turkington has earned himself the ‘King of Croft’ moniker for his spectacular success there over the years, with no fewer than 12 victories since 2005.

Three years earlier, the Ulsterman had reached the BTCC rostrum for the first time at Croft, too, and he arrives this weekend as joint championship leader following a brace of victories from the opening nine races of the current campaign.

“There’s just something about Croft and its unique challenge that really excites me,” said Turkington. “It’s easily my favourite circuit on the calendar and historically BMW has achieved great success there, so the pressure is on to keep that story going.

The track has been completely resurfaced – coincidentally by one of my long-term partners, TARMAC – so I’m keen to get out there and understand the grip level.

“I’ll be qualifying with some weight in the car so will need to ensure I maximise everything from myself and the BMW – accurate engineering and bravery will be the difference between a good qualifying and a great one.

“It feels like Thruxton was ages ago, but that time was important to understand the development of the new 3 Series, analyse my performance and identify areas where we can improve before we plan our next attack.”

Team BMW stablemate Tom Oliphant won twice at Croft in the Ginetta GT4 SuperCup in 2015 and has already proved his podium-finishing credentials this season with a fine run to third place at Donington Park.

“I’ve been looking forward to Croft all year,” added Oliphant. “It’s been a track that I’ve loved in the past and whilst it certainly wasn’t the easiest of weekends for me last year, I still managed to get something out of it points-wise.

“I’m excited to go back in a rear wheel-drive car. The 3 Series should, theoretically, be well-suited to the circuit, but we need to consider that they’ve resurfaced the track recently and, according to everyone that’s tested there, that has added a lot of grip and reduced tyre degradation because it’s now a lot smoother.

“That may mean the rear wheel-drives no longer have the advantage that they usually do, and the 3 Series is also obviously a brand new car this year. There are a lot of unknowns so the weekend might throw up a few surprises. My aim, though, is clear. I’m carrying no ballast and going there with the target of putting it on pole position – and from there, anything is possible.”

BMW Pirtek Racing’s Andrew Jordan, meanwhile, is arguably the series’ form driver at present, having bounced back from a disastrous Donington with a commanding double victory at Thruxton last time out.

The 2013 champion has triumphed twice at Croft over the course of his BTCC career – and he has his sights firmly fixed on more silverware this weekend.

“You can’t get away from the fact that BMW has always gone well at Croft, so I think we should be up at the sharp end,” said Jordan.

“We’re still learning with the new 3 Series and we won’t know how the resurfacing has affected things until we get there, but we’ve got some good momentum behind us now.

“It was important to hit back immediately at Thruxton, and to win race two there with maximum weight and Colin piling the pressure on throughout was psychologically very important.

“Even though the accident at Donington wasn’t my fault, it did knock my confidence slightly but Thruxton fully restored it and in a series as closely-fought as the BTCC, you really can’t overstate the significance of that.

“To have a 50 per cent strike rate from the six races I’ve actually finished is certainly a pretty good record. My approach now is to keep on winning, having dropped so many potential points at Donington, I can’t afford to play the percentage game and if I win races – eventually that will drag me properly back into contention.”