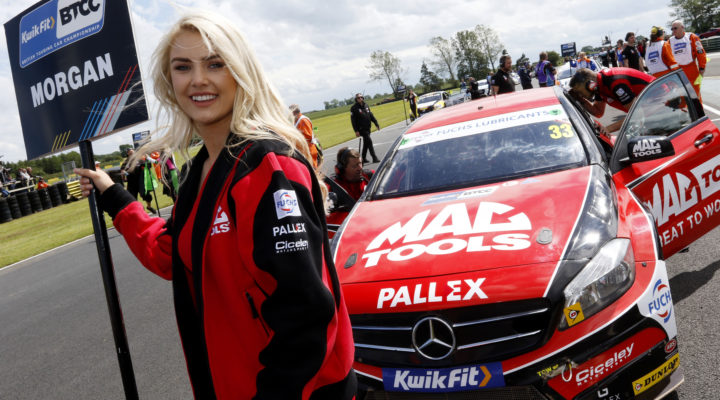 After showing encouraging pace in free practice, Adam went into qualifying in more optimistic mood. However, the qualifying session turned out to be a real lottery, blighted by five red flags and frustrating interruptions. Frustratingly, each time Adam started a flier, the red flags flew and he hadn’t been able to complete a single fast lap time by the end of the session!

“Every time I was on a flying lap, the red flags flew,” said Adam. “We did nothing wrong, it was just other people falling off or nudging the barriers on to the track so they had to be moved. It is mega-frustrating because the car felt really good.”

From 28th on the grid for the opener, Adam charged his way up to 16th place on a damp road, winning Dunlop’s Forever Forward award for most places gained. Although Adam was just one place away from the points-scorers, it put him in the mix for race two.

Adam started the dry second race from mid-grid and battled up to 11th place, latching on to the tail of the similar Mercedes-Benz A-Class of Aiden Moffat. The Scotsman made his car very wide meaning that not only couldn’t Adam find a way by, but he soon came under attack from a train of cars including Stephen Jelley (BMW), Senna Proctor (Subaru) and Rory Butcher’s Honda. One error from Adam would have allowed the pack to charge by, but, soaking up the pressure, the 30-year-old hung on in his Fuchs lubricated Mercedes to take 11th place.

Heavy rain before race three threw another variable into the mix. Using Dunlop’s wet weather tyre, Adam started 11thon the grid but fought up to ninth place on a circuit that was drying all the time. With grip levels changing, Adam mastered the conditions to bag ninth spot.

“All things considered, to start the weekend 28th and finish ninth isn’t too bad!” concluded Adam. “I had two points scores, showed good pace and avoided damage so there are positives.

“It hasn’t been as good as I wanted and part of that is down to qualifying. Because the cars are so evenly matched, so competitive this year, qualifying is so important and that hurt us yesterday but the Mac Tools Mercedes-Benz A-Class is still a force to be reckoned with.

“We’ve had good races but not a good weekend yet, so we need to string together three good finishes next time at Oulton Park. That’s the target.”

The next three races in the Kwik Fit British Touring Car Championship are at Oulton Park, Cheshire, on June 29/30 with qualifying shown live on itv.com and the three Sunday races live on ITV4.