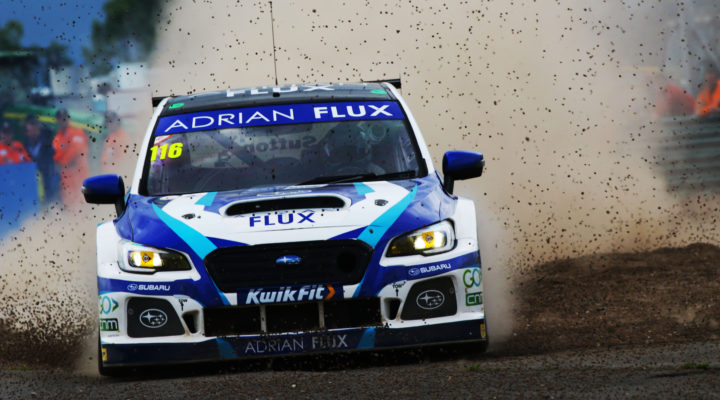 With Croft’s mix of flowing and tight corners being traditionally well-suited to rear-wheel-drive machinery in the past, the 2017 Champion’s 100th race in BTCC was the start to a successful day.

Race two saw another top ten finish before Sutton finished the day crossing the line in fourth place, no mean feat considering his five-place grid penalty due to an incident in race two.

Sutton will be going to Oulton Park on good form, with his start to the 2019 season seeing him on the podium four times so far, and will definitely be looking to continue his run of consistency. His steady points scoring also sees him in a better position than at this stage last year, which could result in an interesting trip to the Cheshire track, where he previously achieved two podiums in 2017.

“We came [to croft] with high hopes but I don’t think the resurfacing suited our car,” said Sutton. “It’s been another weekend where we have maximised everything – we couldn’t have done any more.

“Everyone at Adrian Flux Subaru Racing has been fantastic and they’ve worked tirelessly to ensure we are still in the mix.

“We go to Oulton Park with no real expectations but focused on keeping the points tally ticking over so we will see how we get on.”