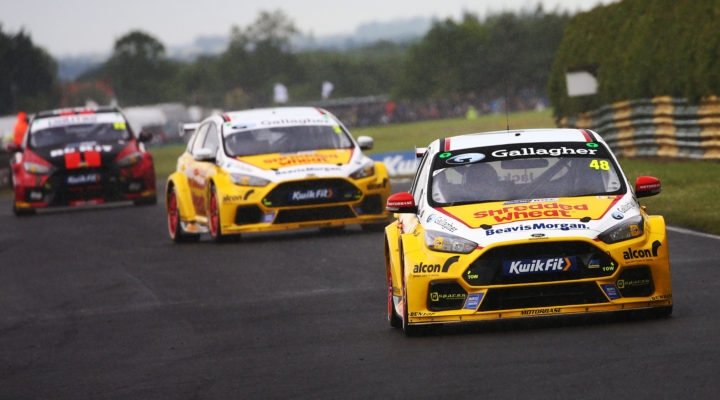 The Motorbase-run outfit arrives in Cheshire fresh with success after claiming victory in the final race at Croft just two weeks ago. Tom Chilton led the charge in Yorkshire taking an overall race win, Independent win and third-placed podium for the Kent-based squad and is keen to carry his winning form into the fifth meeting of the year.

Currently occupying seventh place in the BTCC standings, Reigate-based Chilton is looking for a repeat or better of last season’s results on the undulating circuit where he celebrated a double podium in the Ford Focus RS.

After a strong showing last time out where he secured his personal best qualifying result and narrowly missed out on a top ten finish,  Team-mate Ollie Jackson is also hoping to carry momentum into the weekend and add some more points to the board for his 2019 campaign.

Sitting just one rostrum visit away from a landmark 90th BTCC podium and two victories off claiming an impressive 30 race wins, the Motorbase Performance crew are optimistic of even more success at their happy hunting ground.

“We need to keep the momentum going off the back of our win last time out,” commented Team Manager Oly Collins.  “The car is showing strong pace at this part of the season. We’re light going into the weekend with Tom carrying just 18kg, and we want more silverware.

“The RS is strong at Oulton Park. We know that from last year’s pace. It was one of our best circuits in 2018, but we’ve all moved on since then. It would be nice to hit the magic 90 podiums and 30 wins this weekend, but our focus is on the championship title and closing the gap to the leaders.”

“Oulton Park was our most successful race meeting with a double podium last year,” added Chilton. “I’m really excited about heading back to one of my favourite race tracks of the year. It’s very technical and full of undulations which make it exciting and challenging to drive on the limit.

“After our win and double podium last time out at Croft I can’t wait to race this weekend again.”

“We have a lot of positives to take from Croft. I think we’re arriving at Oulton Park in a good place,” said Jackson. “The car is strong, it went well there last year and it’s one of my stronger circuits as well. I’m aiming to build on the pace we showed last time out, and get some good results in the bag this weekend.”