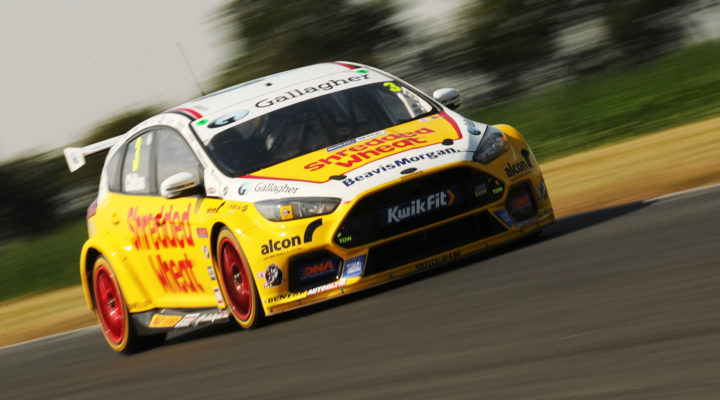 “To be honest we really gave it some out there,” said Chilton. “We’re obviously testing different compounds and set-ups, but this is a real chance for us to push forwards with the car.

“We had a pre-season test in Spain but the conditions weren’t great there, so this is a vital few days in preparation for the rest of the season.”

Cobra Sport AmD AutoAid/RCIB Insurance’s Sam Tordoff was fourth fastest overall as the Yorkshireman proved to be a consistent front-runner throughout his time on-track. Tordoff ended his final day of action at lunchtime, however, as the 30-year-old prepares for yet another big day tomorrow – his wedding!

Adam Morgan made a welcome return to form with fifth as the Mac Tools with Ciceley Motorsport team looks to put a challenging first half of the season behind them.

Rob Austin strapped himself into BTCC machinery once again – the fans’ favourite reacquainting himself with his 2018 Alfa Romeo during his sabbatical. After gradually reacclimatising on Tuesday, Austin fired his Italian car into sixth late on Wednesday afternoon.

Jake Hill was on top for much of the final afternoon’s running in his Trade Price Cars Audi S3, which was good enough for ninth overall.

A late run from Jack Goff saw Team HARD make the top ten at the death.

Notable absentees from the top ten included championship challenger Andrew Jordan in the Pirtek-backed BMW 3 Series, plus the likes of Jason Plato (Vauxhall), Matt Neal (Honda) and Ash Sutton (Subaru). As ever with a tyre test, however, overall lap times are not a clear benchmark in relation to competitiveness as each and every team and driver worked through their respective programmes.

Other runners included Dan Kirby’s BTCC debut in the Trade Price Cars Audi S3 and Henry Neal – son of Matt – getting a chance to test his dad’s car during the final afternoon. Both Max Coates and Ethan Hammerton returned to BTCC action, testing the Team HARD-run VWs.

Overall, 32 drivers completed more than 3100 laps over the two-day test. Rounds 16, 17 and 18 of the 2019 Kwik Fit British Touring Car Championship will take place at Snetterton on 3/4 August.

A full breakdown of lap-times and more can be found here.