Cammish on top at Thruxton 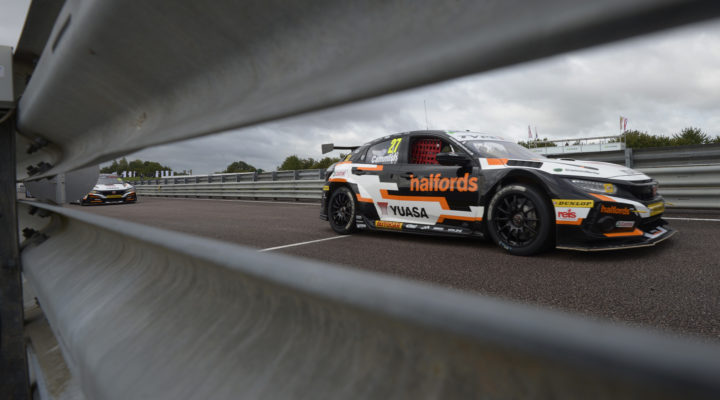 Cammish has scored seven podiums from 12 races since Britain’s premier motorsport series made its first visit of the season to the Hampshire track back in May, proving he is one of the leading protagonists in this year’s title race.

The Honda manufacturer squad is still searching for its first win of 2019, however, with Cammish and team-mate Matt Neal hoping to break their duck this weekend at what is often a favourable circuit for the Team Dynamics-run squad.

Yorkshireman Cammish clocked a 1:16.888s lap time on a damp but trying track this morning, which was enough to edge out Adrian Flux Subaru Racing’s Ash Sutton and BTC Racing’s Josh Cook.

“I enjoy driving in the sunshine,” said Cammish. “It looked in and out weather wise all week but it’s something I can’t control and you’ve got to get on with it. I’ve become more confident in the rain over the years and I’m as good there as in the dry. So far, so good. The track’s green and damp we had a lot of rain overnight. It got better but you can see from the times we’re still some way away from where we were a month ago.

“We’ll go out in FP2 and wring its neck a bit more. I’m coming off the back of some really good races now. I’ve had seven podiums in 12 and I think I’ve got all the ingredients. We’ve got a bit more weight on now but here it’s less of a penalty. Fingers crossed!”

BMW Pirtek Racing’s Andrew Jordan led the way until late on but eventually had to settle for fourth, ahead of the ever-improving Mercedes of Adam Morgan.

Neal was sixth in the other works-backed Honda Civic Type R with the Speedworks-run Toyota Corolla of Tom Ingram next up in the order.

Tom Oliphant and Colin Turkington ensured that all three BMW 3 Series’ were inside the top ten – in eighth and tenth respectively – whilst Dan Rowbottom completed a good morning’s work for the Ciceley-run Mercedes by claiming ninth.

The BTCC boys will be back on track at 12:05 for final practice, with the all-important qualifying session commencing of 15:25 – the latter being streamed live via www.itv.com/btcc.