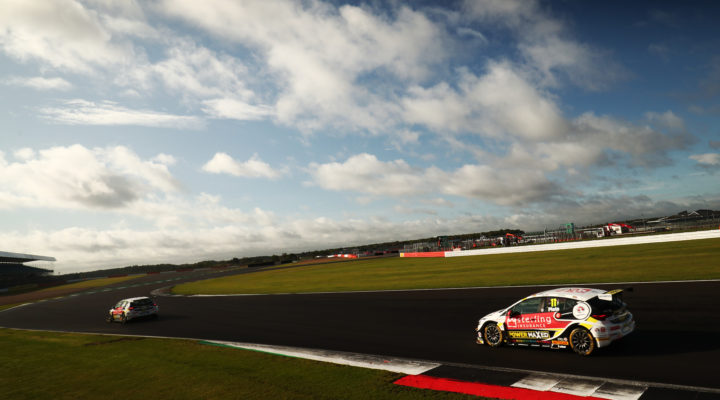 The Vauxhall Astra of Jason Plato has topped the timesheets in both free practice sessions ahead of qualifying for Round 25 of the 2019 Kwik Fit British Touring Car Championship at Silverstone.

The Sterling Insurance with Power Maxed Racing star is yet to take a pole position or victory this season, but this weekend suggests this could be his best chance yet.

“I’ve had a good season so far and made a couple of errors,” said Plato. “I firmly believe I should have had two or three wins this season and we’ve currently got zero. I want to win this weekend, so does Matt (Neal) and so do any number of other lunatics so it’s going to be a great race weekend.”

As per the opening session, it was Halfords Yuasa Racing’s Dan Cammish in second place with his Honda team-mate Matt Neal following him home in third.

The BMW duo of Tom Oliphant and Andrew Jordan were next in the order, with Knockhill race-winner Jake Hill seventh in the striking Trade Price Cars Audi S3.

Qualifying for Round 25 of the Kwik Fit British Touring Car Championship takes place at 15:15 and will be streamed live from 15:10 via www.itv.com/btcc.