Alan Gow: It’s all to play for 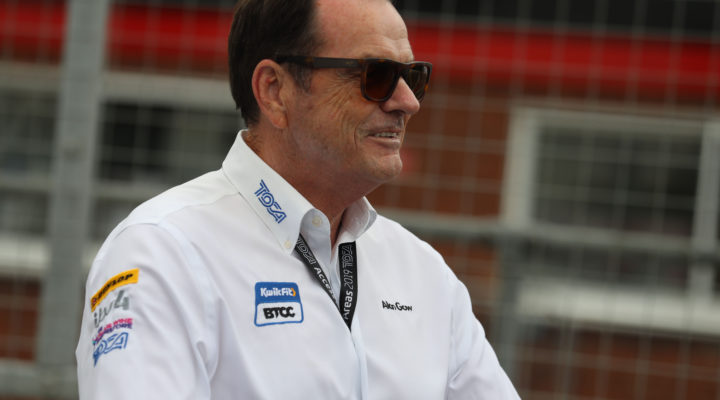 “The weather throws up all sorts of results,” said Gow. “We saw it again at Silverstone and it’s turned the championship around a bit too. So all in all, it was a good day out.

“It’s really lovely to see (Team HARD) get their first-ever win and you could hear them erupt in the garage when Jack (Goff) crossed the line. It’s fantastic and they really deserved it. They’ve been great stalwarts of the championship for so long and put so much effort into it, personal effort. The tears that they cry are genuine. It was lovely to see.

“Like anything in life, you need a bit of lady luck with you, but they made the right strategic call on the tyres. They had a bit of luck that everyone else didn’t come in at the same time, so they got another lap or two ahead of them on the wets. But you can’t take anything away from them, they called it right and ultimately everyone called it wrong apart from them, and Aiden (Moffat).

“The teams and drivers, not that they haven’t already, will be throwing everything at Brands Hatch. They’ll leave no stone unturned in the preparation they do both with the cars engineering wise and the drivers themselves both physically and mentally. It’s all to play for and it’s going to be absolutely fascinating.

“The Brands Hatch Grand Prix circuit always throws up great racing; it’s a good track that actually suits everything. There’s no front-wheel drive or rear-wheel drive bias. It suits a BMW and a Honda and anything you can imagine so its all to play for as far as that’s concerned, no one goes into the last round thinking ‘this is a bogey track for us’ or ‘I wish I had some more points up my sleeve because I’m never that good around here’. Everyone does well around Brands Hatch Grand Prix, it’s that sort of track.

“Whoever wins the title deserves it, whether it be Colin, Andrew, Dan, or anyone else.”