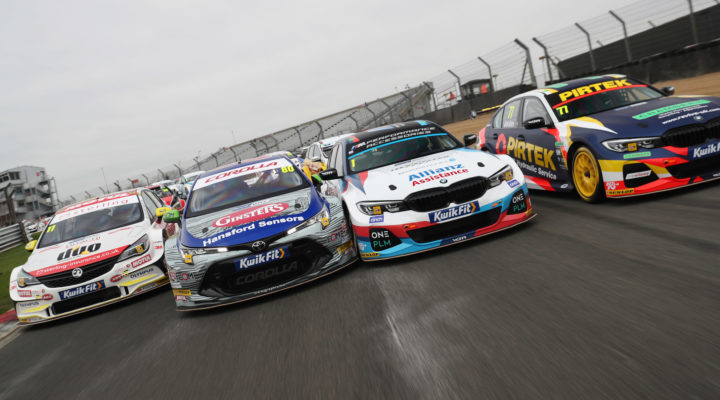 Since the Kwik Fit British Touring Car Championship’s announcement in 2018 that the series would go hybrid in 2022, the topic has been eagerly discussed.

Racecar Engineering’s December edition – in shops now – features an in-depth discussion about how the series will have to adapt in its new era. Here’s an excerpt:

‘The BTCC has always been built on what you drive on the road, so with automotive markets moving towards electrification it would be nonsensical of us not to do that as well,’ highlights Alan Gow, BTCC Chief Executive. ‘But I wouldn’t have done it if I thought it was going to hurt the racing and we’ve incorporated it in a way that actually adds an extra element to the race. We see [hybrid] as additional performance, it is a bit of free horsepower that the drivers can use to help them overtake. We’re not a technological formula, this is about improving the show whilst helping the show be relevant.’

How will it work?

The current plan is to allow drivers to have up to 15 seconds of hybrid boost available per lap. This extra 40bhp (approximately) can either be used as a ‘push to pass’ button or to help defend an overtake. However, the 15 seconds can only be used under full traction, and there is no limit on how many times this ‘boost’ button can be utilised per lap. The one restriction (so far) is that hybrid power can only be deployed under full traction.

Read more on the website or the entire feature in the current issue of Racecar Engineering magazine!