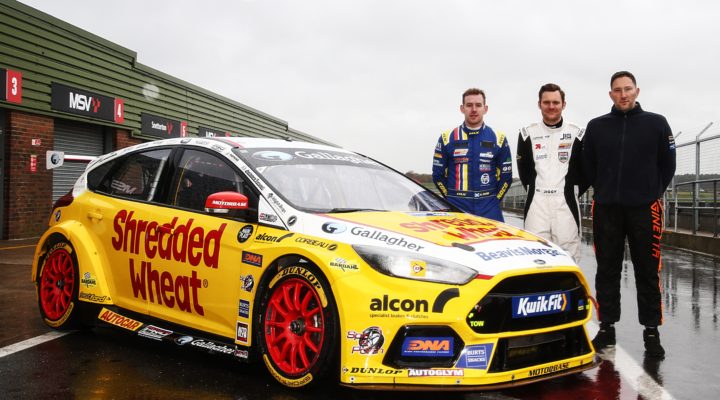 Winning BTCC team, Motorbase, ran the Ford Focus RS at Snetterton. Regular driver, Ollie Jackson, was on hand to provide coaching and mentoring for the champions.

Due to work commitments, Kyle Reid had to wait a year for his BTCC prize drive after winning 12 of the 17 rounds in the 2018 MINI Cooper Pro category. He revelled in the step up to the Focus RS stating: “It’s been a great experience. I’m racing in the JCW class of the MINI Challenge next year and it’s a step towards BTCC. There’s a strong link between the MINI Challenge and touring cars and the handling characteristics are similar.”

James Gornall is no stranger to winning at the highest levels of UK motorsport, having been crowned 2008 British GT Champion in the thundering Dodge Viper. However, despite his vast experience, 2019 marked his first year racing front-wheel drive cars. He adapted quickly, winning the MINI Challenge JCW at his first attempt.

Gornall returned to the scene of his title-deciding drive to step into the Focus RS and relished the opportunity, commenting: “Getting to drive a BTCC car is a dream come true. Two reasons I chose to race in the MINI Challenge were to learn about driving a front-wheel drive car and for the possibility of this test. I quickly felt quite comfortable. The Dunlops, as we used in the MINI Challenge, allowed me to push even though the track temperature was very cold. The JCW cars prepare you very well in learning about car control and feel quite similar to a BTCC car in their behaviour.”

Another experienced Dunlop Champion was delighted to have the opportunity to be back in a BTCC car. Andy Wilmot had half a season in the Welch Motorsport Proton Persona in 2015 but a run of ill-fortune meant he couldn’t show his full potential. Four years on, he won the inaugural Focus Cup and secured the coveted prize to drive a front-running BTCC car, explaining: “Thanks to the Focus Cup and Dunlop for providing this opportunity. The power delivery of the car was impressively smooth and despite the wet conditions I was able to feel why this was a front-running car in 2019.”

Motorbase and Dunlop have run this test to showcase British Motorsport talent since 2012. Previous winners have made their way into the BTCC, including Mike Bushell, Ant Whorton-Eales, Dan Cammish and 2017 BTCC Champion Ash Sutton.

Dunlop’s UK Motorsport Event Manager, Mickey Butler, praised the drivers: “The quality of drivers is testimony to the high level of competition in both the MINI Challenge and Focus Cup. It’s an incredible opportunity to drive a car from the pinnacle of British motorsport and we are hugely grateful to Motorbase for their cooperation over the last eight years of the test. When we support a championship, we offer more than great tyres. We work with the promoters to add value to their championship and we are delighted to give three national stars the chance to drive a race-winning BTCC car.”