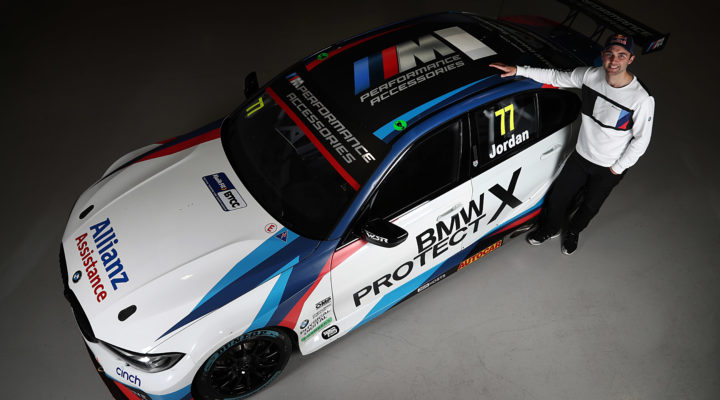 BMW has strengthened its line-up for the 2020 Kwik Fit British Touring Car Championship campaign, with the confirmation that Andrew Jordan will join defending champion Colin Turkington and Tom Oliphant in an expanded three-pronged Team BMW assault on the most coveted crown in UK motorsport.

BMW secured both the Drivers’ and Manufacturers’ titles in the country’s premier motor racing series this year, with Turkington pipping Jordan to overall glory by a scant two points after more than 500 laps around Britain’s major circuits and in a high-calibre, 30-strong field.

Turkington’s record-equalling fourth championship was recognised earlier this month when the Northern Irishman was presented with both Autosport’s ‘National Driver of the Year’ accolade and the BRDC Fairfield Trophy at star-studded ceremonies. Jordan’s spectacular fightback from early misfortune, meanwhile, was one of the undisputed stories of the season and deservedly earned the 2013 title-winner the BRDC Silver Star award.

Between them, the pair racked up an impressive 11 wins and 19 podium finishes from 30 races, with Oliphant reaching the rostrum twice over the course of his sophomore BTCC campaign and finishing a close second in the Jack Sears Trophy.

All three drivers will return to the wheel of the trailblazing BMW 330i M Sport in 2020, with Jordan joining Turkington and Oliphant under the Team BMW banner for the first time – giving the West Surrey Racing-run outfit its strongest possible chance of replicating 2019’s stellar success.

“2019 has been a fantastic year for BMW and our partner West Surrey Racing,” said BMW Group UK’s Chief Executive Officer, Graeme Grieve. “I’m delighted to announce a three-car line-up for Team BMW in the 2020 BTCC season. We know how talented these drivers are and what a great team we’ve got with WSR. With more time for pre-season testing than we had this year, I’m sure we can build on the success and chase for all three titles next season.”

“I’m thrilled to be returning to the BTCC next season as a Team BMW driver,” said Jordan. “I think it’s a powerful statement for BMW to have three cars all looking the same on the grid. I remember watching Steve Soper and Jo Winkelhock in these colours, so for me to now represent them too is something I’m really proud of. It seems trivial, but it’s going to feel really different putting on a white race suit – I’m excited and want to enjoy the whole experience.

“I’m under no illusions that I’ve been in a good position for the last decade with a primary backer behind me. I was single-minded when it came to next season and hadn’t talked to anyone else, which is why I’m so honoured that BMW worked so hard to keep me on-board – I know there will have been loads of people knocking on their door for 2020. Having the same three drivers, team and engineers is good from a continuity point-of-view and I think that will help us to find more gains over the off-season. I hated coming so close this year – just two points shy – but by the same token, that is huge motivation moving forward. I’m raring to go and I’ll come out swinging with Team BMW behind me.”