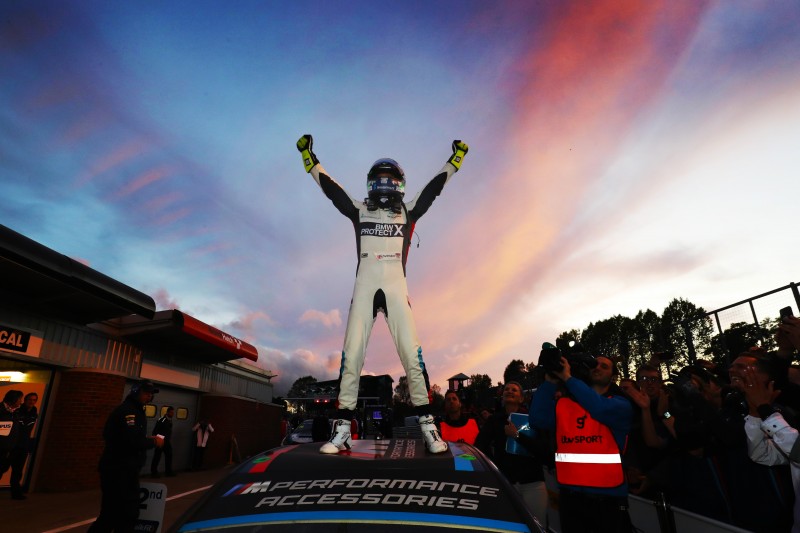 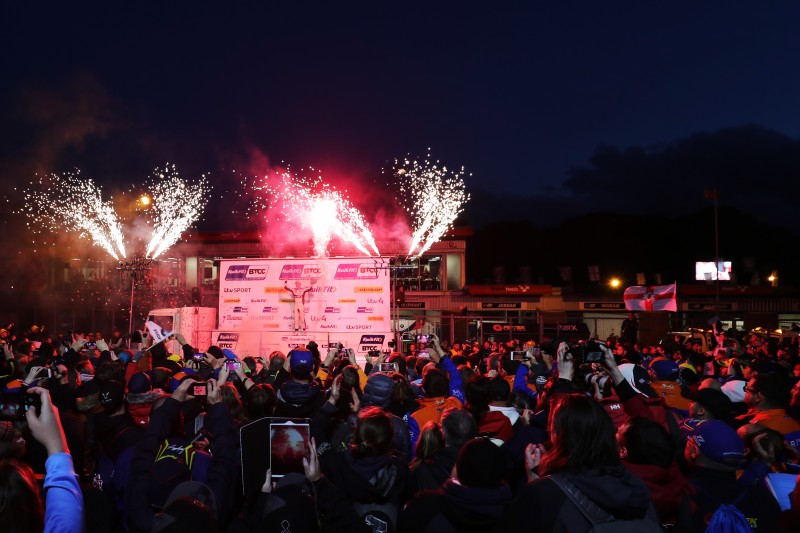 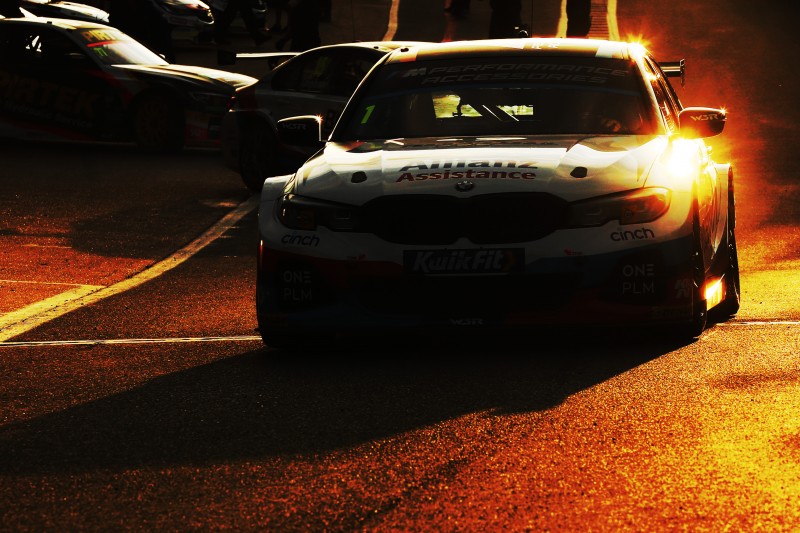 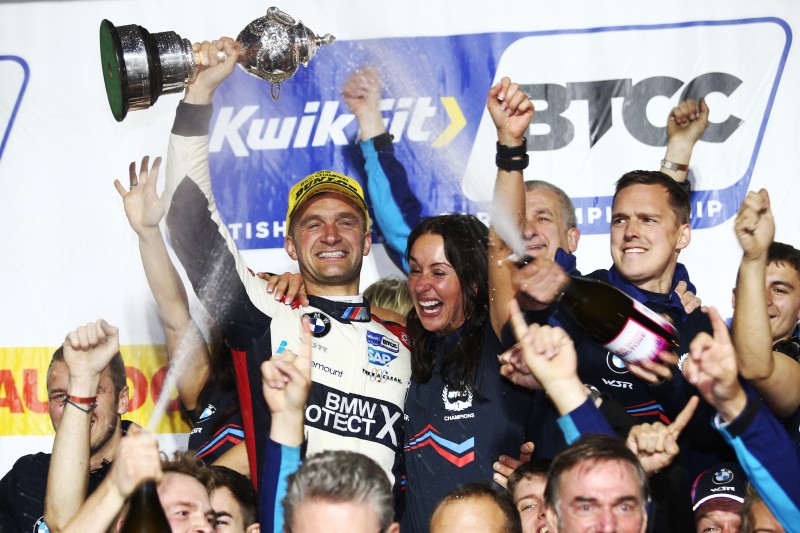 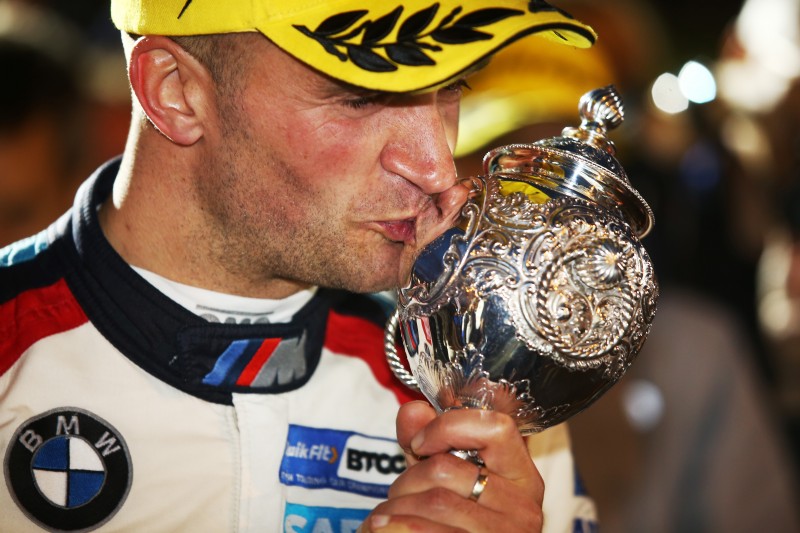 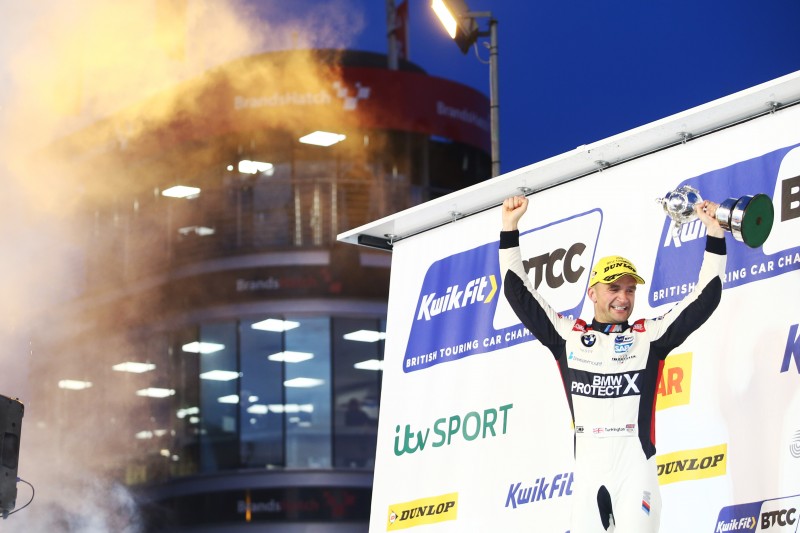 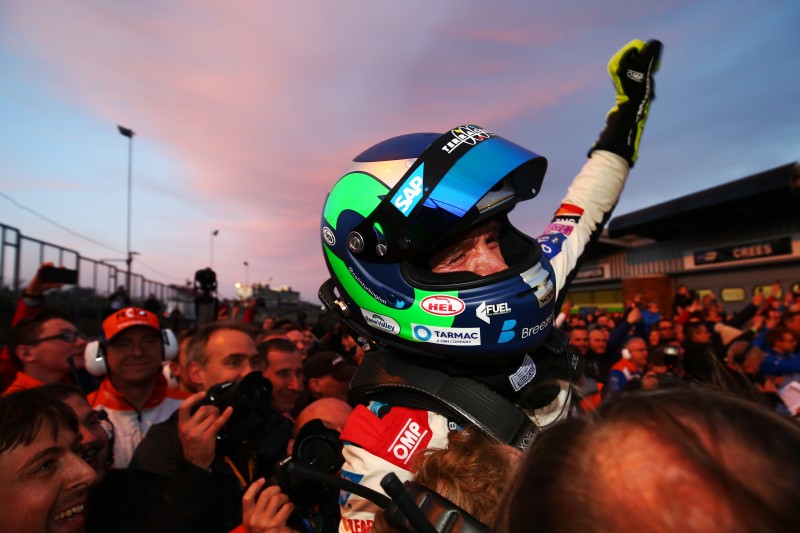 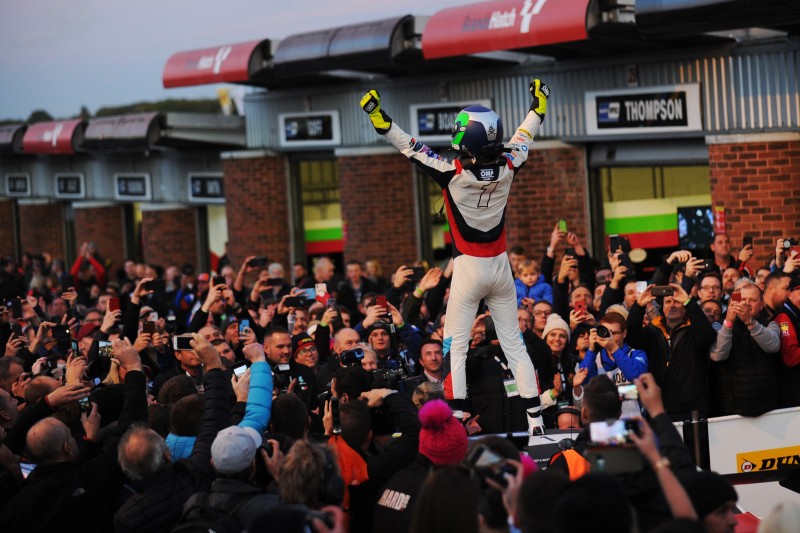 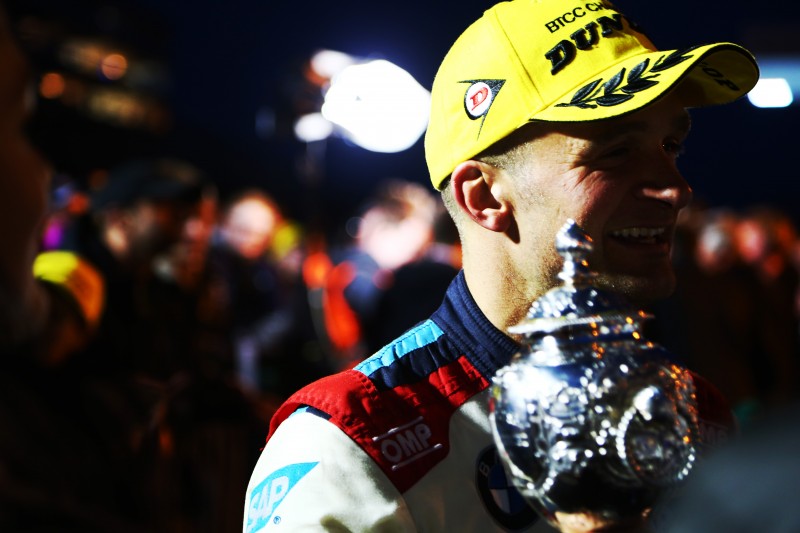 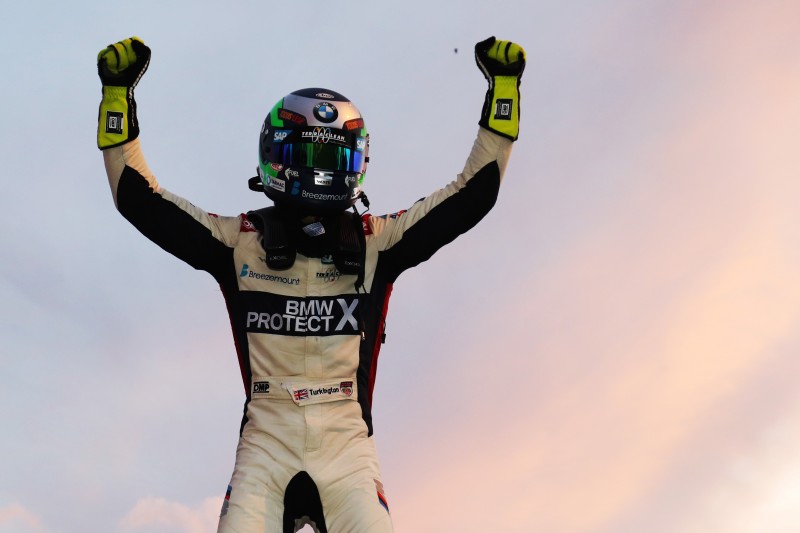 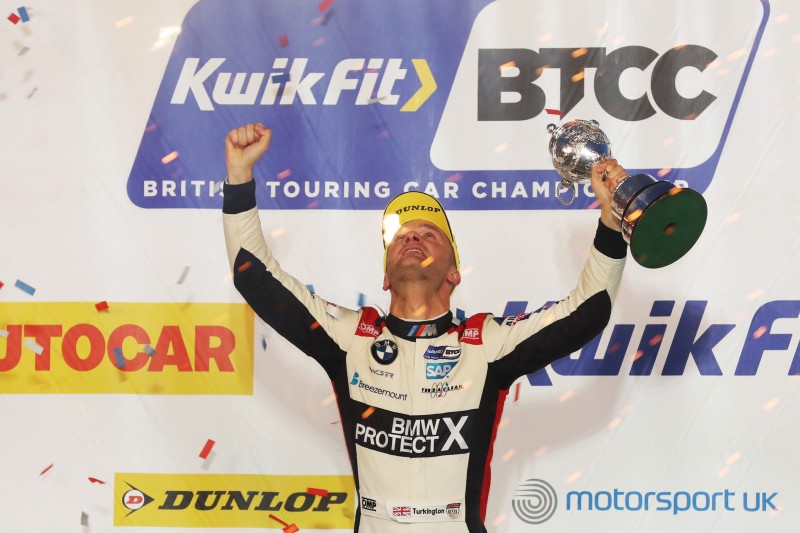 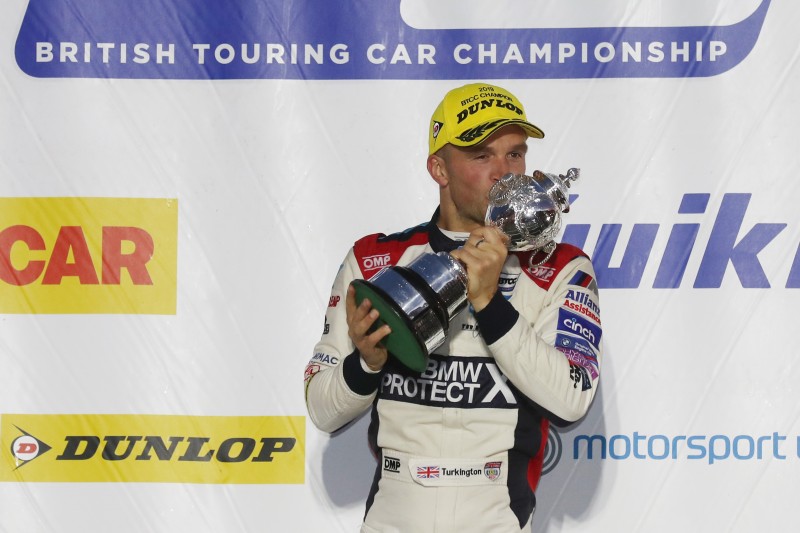 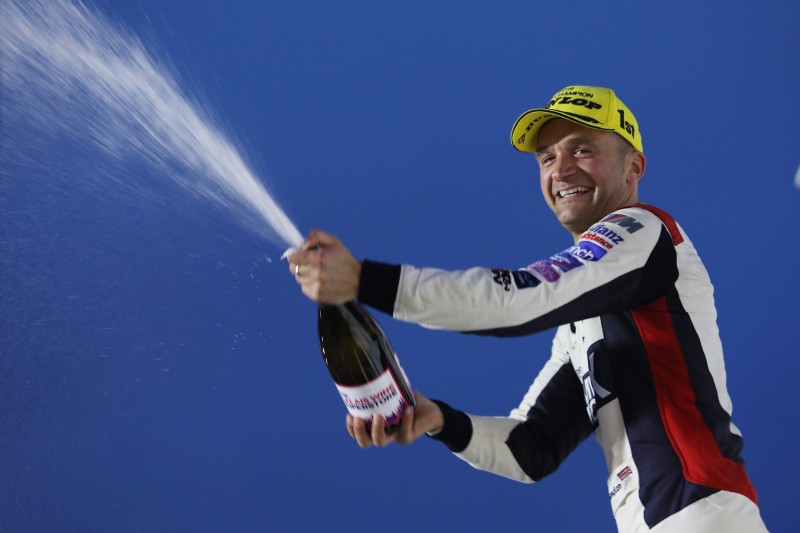 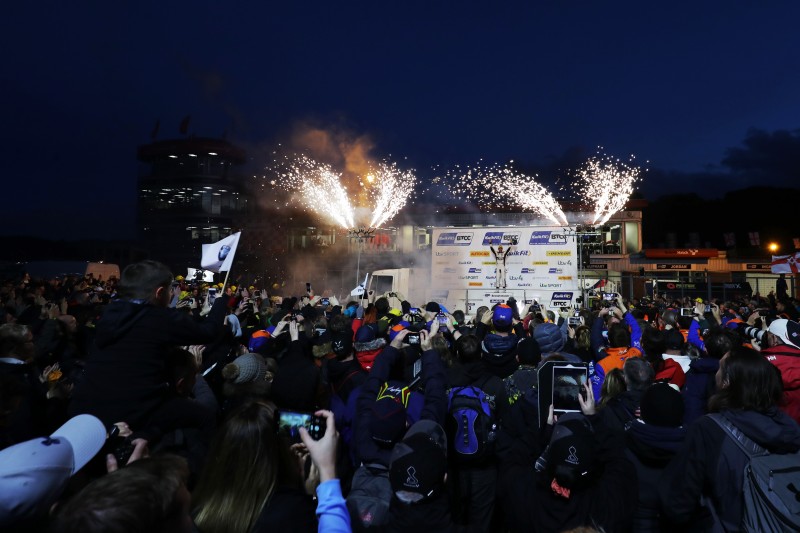 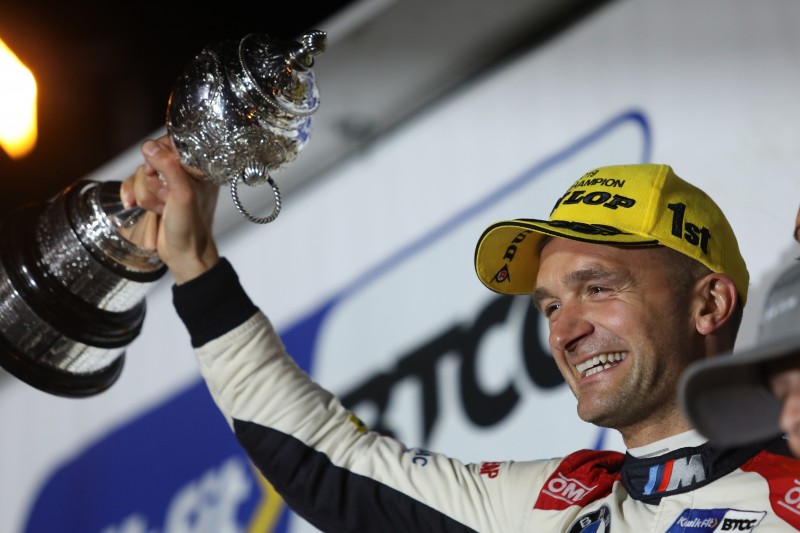 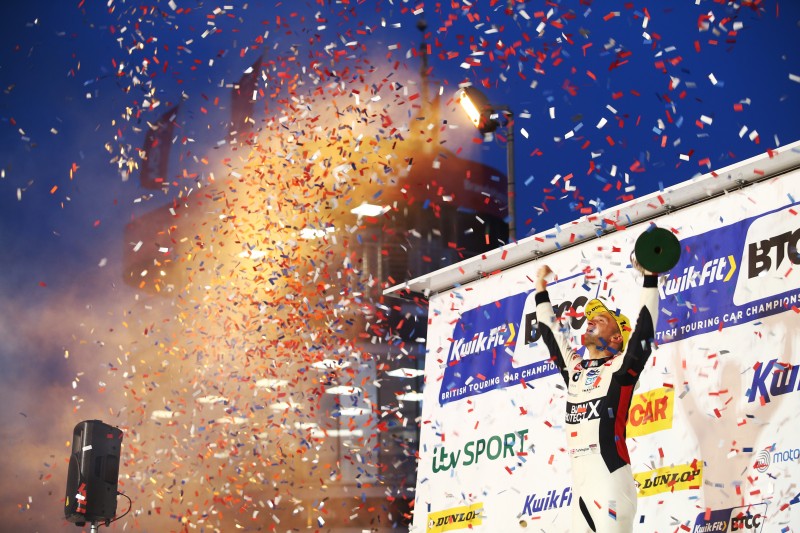 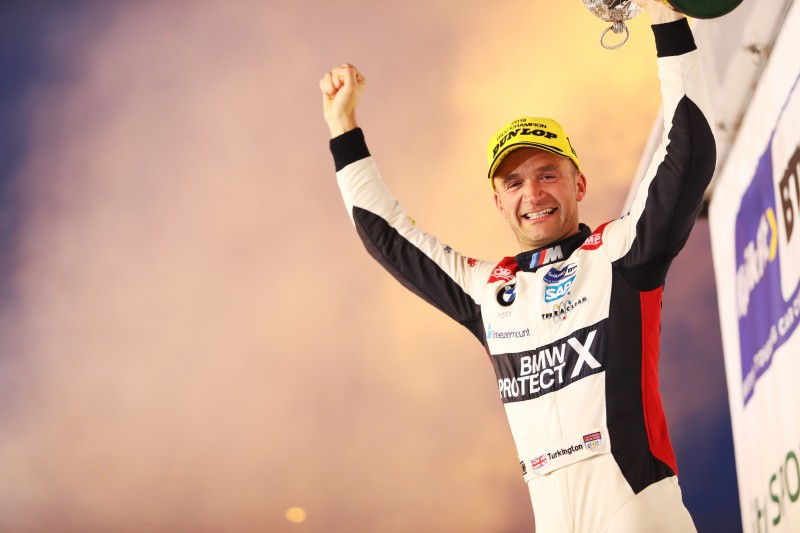 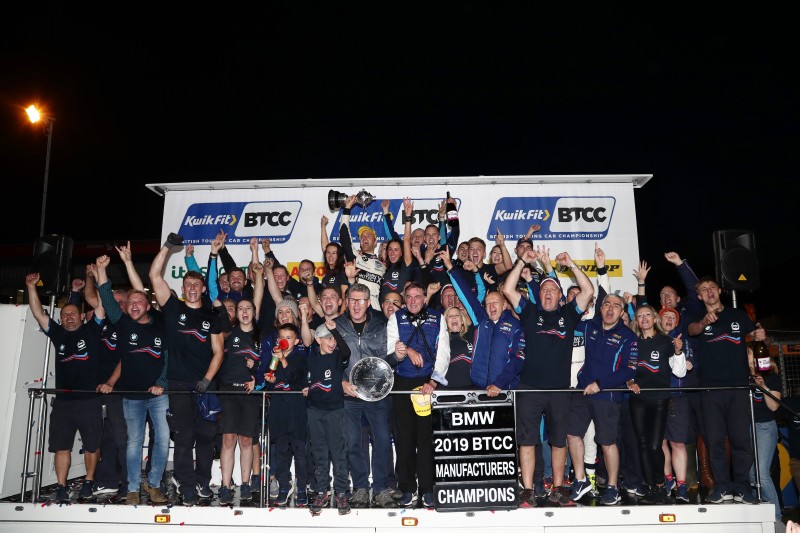 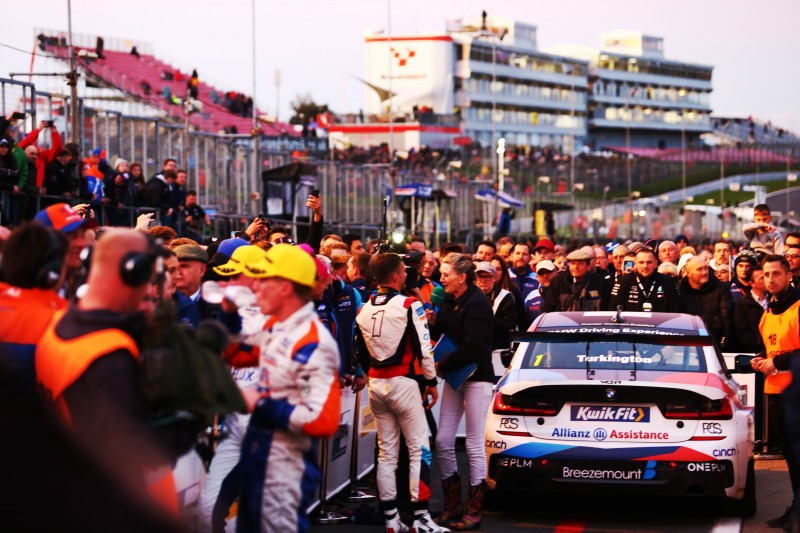 [Show thumbnails]
Turkington’s start to the 2019 Kwik Fit British Touring Car Championship was less than ideal; he left the first event of the year at Brands Hatch 11th in the standings, with teammate Tom Oliphant three points in arrears.

Following this, his climb to the top of the table began, clawing his way to third at the series left Donington Park and joint first by the conclusion of the third weekend of racing.

This was never truer than during the 2019 Brands Hatch finale; where his 25th place finish in race two saw rival Dan Cammish overtake the BMW driver’s points tally. This brought the title fight down to the wire as it all rode on the final race of the year.

In what Turkington describes as ‘the race of [his] life’ the 37-year-old fired through the pack, making up ten places in the first lap of the race and proving his determination to not go quietly.

During the final lap of the contest, as a second-place overall finish seemed inevitable for Turkington, Cammish’s Honda suffered brake failure. In the blink of an eye, his Championship dreams were over and the #1 BMW driver’s despair turned to ecstasy.

Turkington’s 2019 season saw an impressive 27 points-finishes, five wins, eight podiums and the top average qualifying – fourth on the grid – all of which paved the way to his record-equalling fourth Championship title.

“Never in my wildest dreams did I think I would get close to Andy Rouse’s record [of four titles] – that’s amazing and very special. This has been my hardest championship yet by a long shot – to win it two laps from the end of the season is completely different to the other ones. I was in shock when I crossed the finish line and was told I was champion. It was just pure elation – nothing else in life gives you that feeling. I really do feel for both Andrew and Dan – it’s a bitter pill to swallow. You put in a full year’s work to try to win this, and I honestly thought it had got away from me after race two.”