CHILTON EYES THE TITLE WITH SWITCH TO BTC RACING FOR 2020 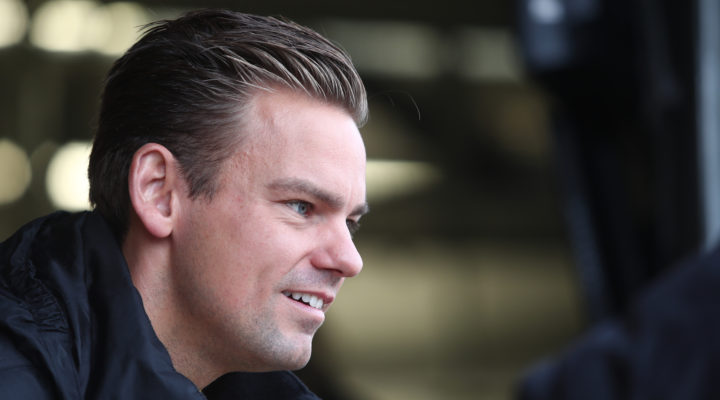 Tom Chilton will compete as part of the expanded three-car BTC Racing line-up for its 2020 Kwik Fit British Touring Car Championship campaign after penning a deal to join the Brackley-based outfit over the winter.

The 2010 Indy Champion has enjoyed a hugely successful BTCC career since making his debut back in 2002. At the time, he was the youngest driver to ever make the grid at just 17 years old and he made an instant mark on the series, taking fifth in the Independents’ standings.

Works drives for Honda, Vauxhall, and Ford followed as Chilton established himself as a rising BTCC star before switching to the World Touring Car Championship stage in 2012. Returning to the UK in 2017 after a stellar five-year stint in the WTCC, where he secured the Independents’ Title and placed third overall in his final season, Chilton quickly re-established himself as a serious title challenger.

With an incredible 14 outright BTCC race wins and 57 podiums under his belt, the 34-year-old has been a consistent championship contender during his impressive tin-top career, coming close to clinching the Drivers’ title in 2018, where he finished third overall, and as Independent runner-up.

Chilton brings a wealth of experience to the fledging BTC Racing squad for its 2020 title challenge, piloting one of the Dudman/Taylor-owned team’s race-winning Honda Civic Type R FK8 machines, alongside Josh Cook. BTC Racing ended last year’s maiden season running the FK8s in fourth place overall in the Teams’ and Drivers’ Championships, and as runners-up in both Independents’ Standings.

“I’m incredibly excited about joining BTC Racing,” said Chilton. “The team did a sterling job last year. To have ended the season fourth overall and as Independent runners-up in their first season running the FK8 chassis was an outstanding achievement.

“I can’t wait to get testing underway. I have a great history with Honda, and I’m really looking forward to getting back in one again, and behind the wheel of the FK8.

“Josh [Cook] is a great driver, and I like having good team-mates to push me. I’d like to think that with my years of experience I can bring something new to the team and help to push them on at the sharp end of the grid.

“BTC Racing is a relatively young team, but their attitude and performance caught my eye last year. I like their approach and professionalism. I’m optimistic about the future that we can build together, not just for this season, but hopefully for many years moving forward.”

Joint team Principal Bert Taylor added; “Personally I couldn’t be happier to have captured Tom. You only have to look back over his racing career to see what a true talent he is.

“Tom’s signing is another part of our plan to push forward and challenge for the BTCC title in 2020. He brings a wealth of experience and talent to the team, and I have no doubt that his knowledge will help to develop the Civic further this season.

“We have two great drivers confirmed in Tom and Josh [Cook] with a third to be announced soon. We have come a very long way in a short time. I feel that we have one of the strongest line-ups on the grid this year for what will be only our fourth season in the BTCC.”