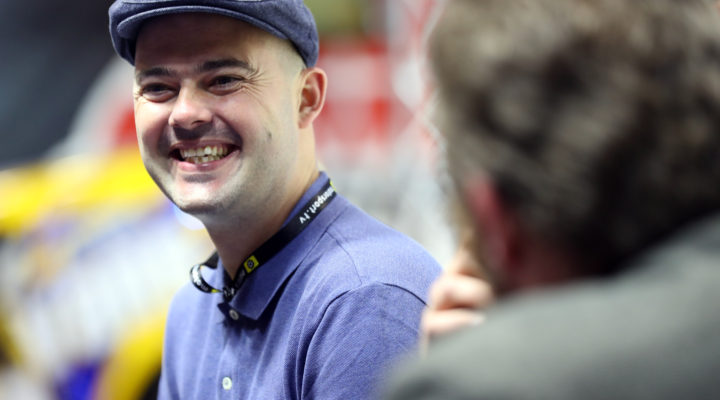 Kent-based Crees fulfilled his lifelong dream of making the BTCC grid last season after a rapid ascent through the ranks from karting to the UK’s premier motorsport series in only his third year of competitive racing.

Taking two Championship titles in his first two seasons of competition in the Ginetta Racing Drivers’ Club and Michelin Ginetta GT4 Supercup, where he notched up an incredible eleven class victories and eight further podium finishes, the 36-year-old’s story has been highly impressive.

Crees’ arrival on the BTCC grid last year was met with huge interest, with the ‘Creesy’ name gathering a loyal and ever-increasing fan following. An impressive debut race during the season opener at his home-circuit, Brands Hatch, netted the Broadstairs-racer a top 12 finish on the Indy layout and opened up his point-scoring tally.

Following up with a best-ever ninth-place finish in race three at Silverstone later in the season, Crees surpassed any expectations he had coming into the series, ending the year as the highest-placed rookie driver from the seven newcomers to the BTCC grid.

“I couldn’t believe I was even on the BTCC grid last year to be fair! It was a dream come true,” said Crees. “My goal all along was to finish the year as the top rookie, and I achieved that. Getting a 12th place finish in my first ever BTCC race was incredible, and then following up with a ninth at Silverstone and making it into the top ten in my first year of touring cars racing was really special.

“I’ve been working non-stop to secure a strong budget to be able to secure a deal this year. A week ago it didn’t look like I’d even have a drive. To go from no seat at all, to signing for a front-running team in only my fourth season of racing is amazing.

“I still have a huge amount to learn and to develop my race-craft. Steve [Dudman] and Bert [Taylor] have taken a calculated risk on me, and we’re going to make it work. Last year was a great steppingstone but coming into the FK8 is going to be a hell of a drive. I’m not going to put myself under too much pressure.

“Josh [Cook] and Tom [Chilton] are seasoned pros. I rate Josh highly and Tom is a fantastic driver who’s been around for a long time. I’m just going to be like a sponge and take in as much as I possibly can from them both.”

“I think this is an exciting signing for BTC Racing. Michael joining us completes what I believe is a very strong line-up for 2020,” said joint Team Principal Bert Taylor. “It’s a great opportunity to give a rookie driver the chance to come and learn his craft in a top-flight team and car.

“Although he’s relatively new to the grid, he brings great energy to the team and willingness to improve. He should learn a lot from Josh and Tom and will benefit greatly from working with them. I feel sure that the three of them will work well together and we can look forward to lots of success as a team.”