MATT JAMES’ PERFECT 10 OF THE ’10S: THE HONDA CIVIC TOURER AND SUBARU LEVORG 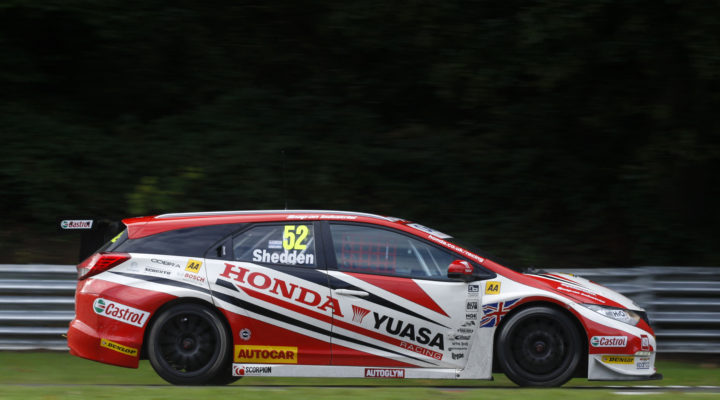 As we continue to look back at the previous decade, Motorsport News Editor Matt James reveals his top ten memories from the last ten years of the British Touring Car Championship. Today’s episode reviews the re-introduction of estate/tourer cars into the UK’s biggest championship, stirring memories of the famous Volvo 850 Estate from the mid-nineties…

The idea came from three-time champion Matt Neal initially. Having raced the hatchback-shaped Honda Civic Type R, he wanted to raise the profile of the factory-backed campaign for 2014 and took a radical decision. Neal and his Team Dynamics team-mate Gordon Shedden would pilot newly built Honda Civic Tourers for 2014.

The team’s technical director Barry Plowman was tasked with creating the estate-shaped machine. He remembers: “I thought Matt was joking when he first told me about the plan. But it soon became clear that he wasn’t. I took a deep breath.”

The challenges with the size of the Tourer meant that the engineers were always trying to work out how best to overcome the difficulties of having all the weight high up over the rear of the car. However, they chipped away and Shedden took three wins, including at the final round of the season at Brands Hatch, and finished third in the points while Neal was a race winner at Knockhill on his way to eighth in the category. Honda was runner up in the Manufacturer-Constructors competition.

BMR Racing’s initial plan for 2016 was to use the Subaru WRX, the hatchback shape which had upheld the Japanese firm’s honour in its last years in the World Rally Championship. Boffins at BMR drew up plans for the machine which had an inherent advantage in terms of its dynamics – the low-slung boxer engine meant that the weight distribution of the chassis was always likely to be advantageous. Also, as it is sold as an all-wheel-drive car, it meant the engineers could opt for rear-wheel-drive in its racing version.

Subaru came on board as a manufacturer entry, but it changed the focus a little. It asked BMR Racing to run the Levorg model instead as it tried to spruce up the image of the estate-shaped car.

BMR built a superb machine and it went on to take 21 wins, making it the fifth most successful NGTC-spec car of all time, and it also claimed the overall drivers’ championship with Ash Sutton at the controls in 2017. Subaru was runner up in the manufacturers contest during that season.