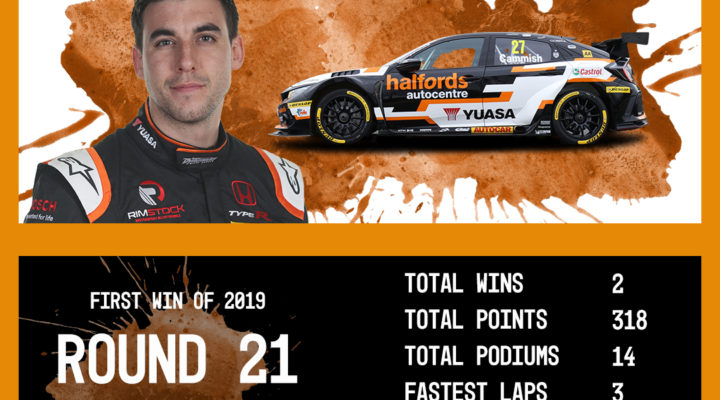 The Yorkshireman’s first victory of 2019 saw him take the top spot in Round 21, at Thruxton.

Cammish may have achieved the fewest first-place finishes of the top five drivers but, through achieving rostrums in almost half of all races during the campaign, he rocketed himself into contention – concluding the season on equal points to runner-up driver Andrew Jordan.