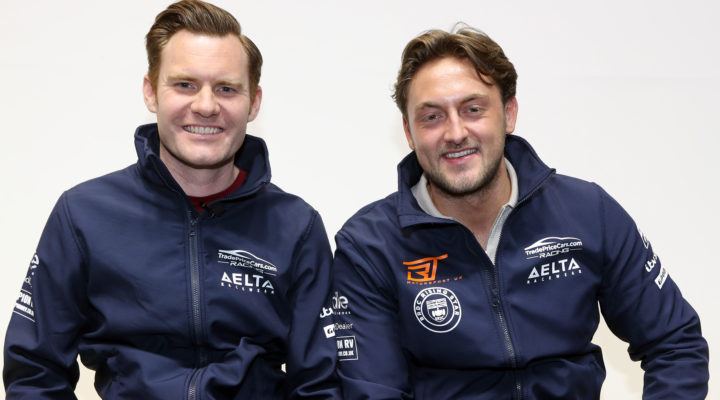 The official BTCC website caught up with Trade Price Cars Racing’s Bobby Thompson to discuss how he feels approaching the 2020 Kwik Fit British Touring Car Championship, his third campaign in the series.

“I can’t wait,” said Thompson. “There are a lot of changes within the series in terms of drivers and cars. So I’m looking forward to a new start, wearing blue and giving it a great go. I met Dan [Kirby], who owns Trade Price Cars, back in 2018 and kept in touch with him since – it’s a great step.”

When asked about the process of moving to join the Essex-based team, Thompson explained how talks with Kirby began at Brands Hatch, and the steps which followed:

“The biggest part for me was around the last round of 2019. We speak to a lot of teams to keep your options open and to keep doors open; you want to keep a good relationship with every team because you never know what’s happening in the future. But around the last round at Brands last year we really started talking to Dan. It goes quiet for a couple of weeks, so we had some time off enjoying ourselves and then came back to the drawing board. We approached sponsors to see whether they’re happy, whether they enjoyed 2019, if they want to go again, and then we got down to the nitty-gritty with Dan.”

Thompson went on to discuss his preparation for the year ahead, including his plans to build on both his own experience and the data gathered from 2019.

“I plan on doing the same as Jake [Hill] did, if not moving it on. We’ve got Jake’s data and Mark [Blundell’s] data, there’s no getting away from it. Mark had some flashes of good driving last year, you can’t rule that out, so the car can do it. I just want to build on what Jake’s done; it’s great to have him in the AmD Hondas so he’s just across the road if I want to go and talk to him about anything.

“We’re going to do a couple of days [testing] before media day. It’s a different wheelbase to the [Volkswagen] CC – I was talking to Jake because he’s also driven both the CC and the Audi, and he said it feels a lot different. I’m happy to get in and get on the pace straight away, of course, but I think it’s going to take a day of learning. It’s still left-hand drive so I don’t have that aspect of worry. I’m looking forward to getting in and getting going.

“I’ve said a couple of times now, I’m more proud going into my third year than my first, taking all that knowledge from two years going into your third year in the BTCC is saying something. That top step’s not too far away. Especially not within a race scenario this year. I think for the championship top step we’ve got a lot of work to do to get there – especially with the manufacturer boys doing so well – but from where we are to them it’s not that far away.

“It was said on ITV last year that Andrew Jordan does a lot of mental stuff [to prepare] and it seems to help him so I wouldn’t mind doing a bit of that myself,” added the 23-year-old.