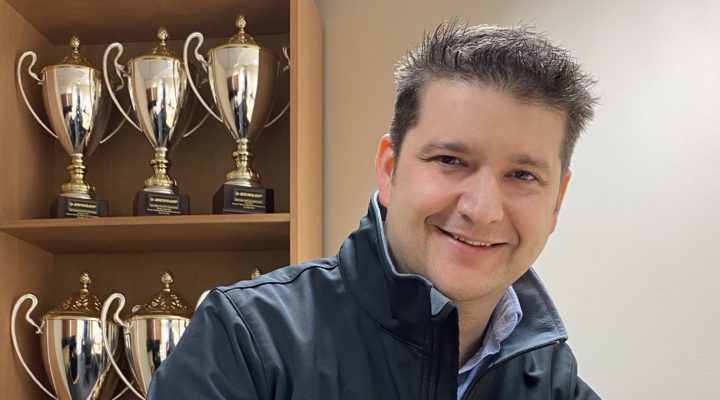 The Warwickshire-based team has worked intensively to secure what is, statistically, its best driver pairing to date.

Coming as little surprise, Plato remains with the team for 2020. The former double champion, who has raced in the series for over two decades, waxed lyrical about the quality of both the car and team during the 2019 season, ending the year on a high with a convincing win in the final race of the year – and the decade – at Brands Hatch.

Plato will this year be joined by another fans’ favourite, in the form of multiple championship runner-up and race winner, Jackson. The Warwickshire-based driver returns to the BTCC after a two year absence and has been the subject of many rumours regarding a return to the series ever since.

“I may have been away from the series temporarily, but thoughts of winning the BTCC were never far away,” said Jackson. “I have unfinished business and it was critical for me to return with a top team, capable of mounting a consistent title challenge. I have received a number of offers during the last two years, but Adam [Weaver] has worked tirelessly to make my return possible with PMR. The team continues to grow in stature, and I have no doubt that this is the squad I need to be with, so when the opportunity came to join and partner with JP again, I was not going to miss out.”

This will be Jackson’s 13th season in the UK’s most popular championship, and with a number of podiums and exciting race wins taken, not to mention finishing second in the championship multiple times during his years of racing in the top flight, he’ll be aiming to deliver top of the podium results from the off.

“It has been a while since I was this excited for the start of the season,” said Plato. “I genuinely love my team at PMR; they work unbelievably hard to provide me with the very best car, but also have a lot of fun doing it; it’s a great place to be. Adam and Martin [Broadhurst] have put a very special group of people together that are focused on winning the championship, whilst sensibly making sure they are also building a stable future in the sport. This all helped me get my mojo back in 2019, and I want to reward them all with plenty more race wins. They will be the team I hit 100 wins with, I have no doubt!

“I am sorry to see Rob [Collard] leave, as last year was fun, but at the same time I’m very happy about working with Mat again, and really look forward to seeing what we can achieve by working together.”

With the Vauxhall partnership going from strength-to-strength, the team will once again be entering with Manufacturer backing. Not only this, but Vauxhall is set to increase its support of the team this year.

The upcoming season will mark the second within which the drivers have been teammates; previously having raced under the same banner in 2009. Both Plato and Jackson will be hoping to build on the success of over a decade ago, where they concluded the campaign in second and fifth respectively, and on a partnership which saw the pair rocket their RML ran Chevrolet Lacettis to 11 victories.

The driver pairing will take to the track at the upcoming Season Launch test day, which sees the BTCC take to the Silverstone International layout for the first time, on 17 March.