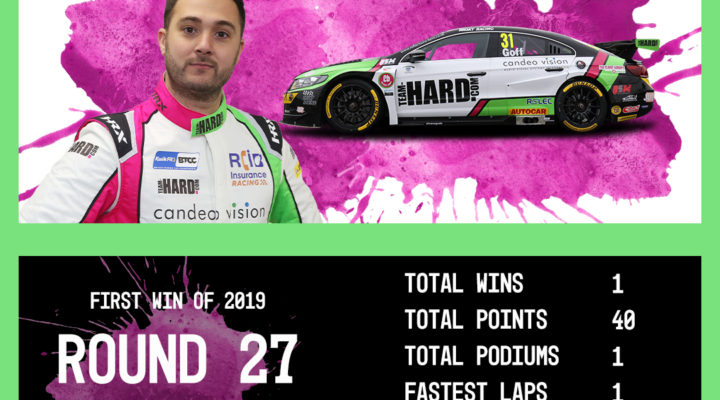 Goff’s triumph in race three at Silverstone was notably both his first win of 2019 and Team HARD’s first victory since joining the series in 2012.

An early gamble saw the number 31 Volkswagen CC switch to Dunlop BluResponse wet tyres, which resulted in the 28-year-old firing up the order to lead the pack, as the race quickly became a very damp occasion. While other drivers were left wondering what might have been, Goff’s gamble saw him take to the top step of the podium for the 27th Round of 2019.