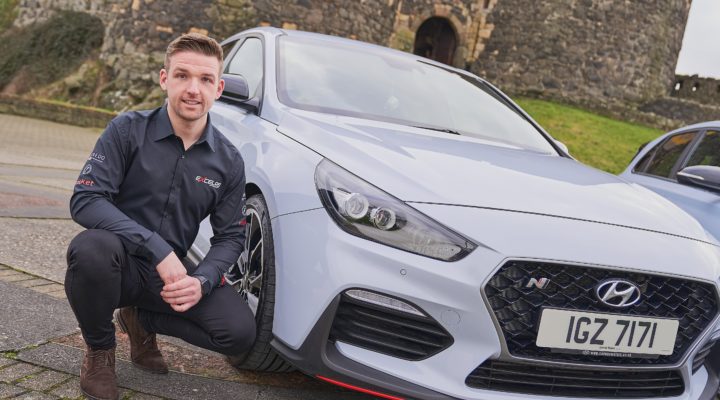 EXCELR8 Motorsport has today (10 February) announced the signing of race-winning driver Chris Smiley for its 2020 Kwik Fit British Touring Car Championship campaign, bringing a wealth of experience to the team, having raced in the series for four years.

After a successful debut year in the championship, EXCELR8 is delighted to welcome Smiley to the squad. It hopes to utilise the 27-year-old’s experience to guide the team over the coming season, particularly as the team develops its new Hyundai i30 N Performance duo.

Picking up his maiden win in 2018, Smiley took the honours at Rockingham, also recording the fastest lap of the race. His success would continue into 2019 where he racked up three podiums and a first pole position at Snetterton, proving his potential by dicing with former champions Ash Sutton and Jason Plato.

Having risen to prominence in 2013, winning the MINI Challenge JCW Class, Smiley joined the BTCC with TLC racing in 2016. His BTCC career would see him join BTC Norlin Racing the following year, where he became a regular points scorer.

“I’m very excited to be joining EXCELR8 Motorsport for the new season,” said Smiley. “It is going to be a good challenge to work with the team and bring Hyundai into the BTCC as a new marque.

“I know the team at EXCELR8 have made an incredible effort with the new car over the winter months and have strengthened their engineering capabilities and brought in some very talented people to work on the project. Developing a new car is always a great challenge, and to do it with a brand that has a tremendous passion for motorsport like Hyundai means this is a fantastic opportunity for everyone involved to create something really special.

“The BTCC is an ultra-competitive championship and being a race winner in the series I know that I can mix it at the sharp end of the series. I fully believe that this new project will allow me to do that, and I am more motivated than ever to make this new partnership a success – not just for one season but as a long-term plan for us both.”

“Chris Smiley alongside Senna Proctor, what a driver line-up,” said Team Principal Ollie Shepherd. “We now know that we have the drivers to win BTCC races, we have a superstar engineering team to be announced and we have new cars that are ticking all the right boxes during the development and build process. 2020 will be the year when we surprise the establishment! Overconfident? No way! Chris and Senna are two of the best young drivers in the BTCC and this year we will do our very best to give them the tools to get the job done.”

“I have known Chris since his days in the MINI Challenge, when he won the title that we should have won in 2013,” said Team Owner Justina Williams. “Back then, Chris was a dedicated and tenacious driver who never gave up, his recent seasons in the BTCC have proved that this was no one-off. He always gives it his all and the team and I are all looking forward to seeing him take on the grandee teams, weekend after weekend. 2020 will be the year when we show we are not just in the BTCC to make up the numbers, we are here to win. With our new Hyundai cars, two experienced and blisteringly fast young drivers in Chris and Senna, along with a star engineering signing (soon to be announced), we are sure to leap up the grid, though of course, time will tell!”