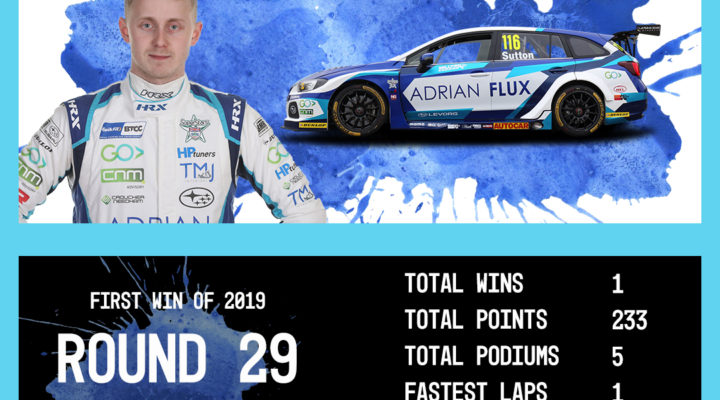 Having achieved the first pole position of the year, Sutton’s 2019 campaign seemed to start promisingly; however, it wouldn’t be until the series’ penultimate outing that the Hertfordshire-based driver would take his first and only win.

Race two on the Brands Hatch Grand Prix layout saw the former champion fire from 11th on the grid to lead the pack, clearly determined to recover from a less-than-ideal race one result.

With an average qualifying position of ninth, and having only finished out of the points in six of the 30 races, Sutton consistently built his tally to conclude the campaign eighth overall.