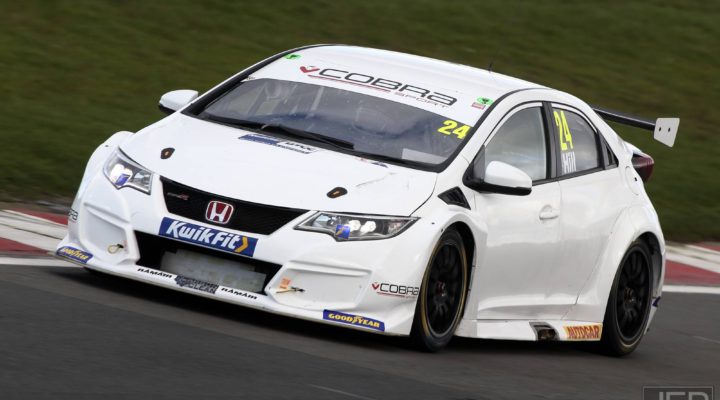 Hill described his first outing in the MB Motorsport Honda Civic Type R as ‘fantastic’ on a cold but ultimately dry day’s running.

“The team have done an impeccable job preparing the car,” said Hill. “It has run perfectly all day, with no teething troubles whatsoever. Other than some minor adjustments to the seating position, I couldn’t have asked for more.”

Hill and Osborne worked diligently through a comprehensive programme, with the team making several adjustments over the course of the day and completing plenty of laps.

Whilst ultimate lap times were not the target, Hill set his personal fastest ever lap time at Donington Park in a BTCC car but was most pleased with the feel of the Honda Civic Type R.

“What a fantastic car,” said Hill. “I can now understand why it’s been so successful in every year since its debut. It does everything so well and having driven half a dozen BTCC cars – some good, some less good – I now know what a championship-winning car feels like.

“For a first day, it’s been mega. I have loved working with my engineer Craig, and I know we will only get better as I understand the Civic more. I can’t wait to get back out in the car again.”

The next MB Motorsport test will see Osborne head to Oulton Park on 4 March, while Hill is set to hit the tarmac again at Brands Hatch on 10 March, before both drivers join the full 2020 BTCC grid for Season Launch at Silverstone on 17 March.