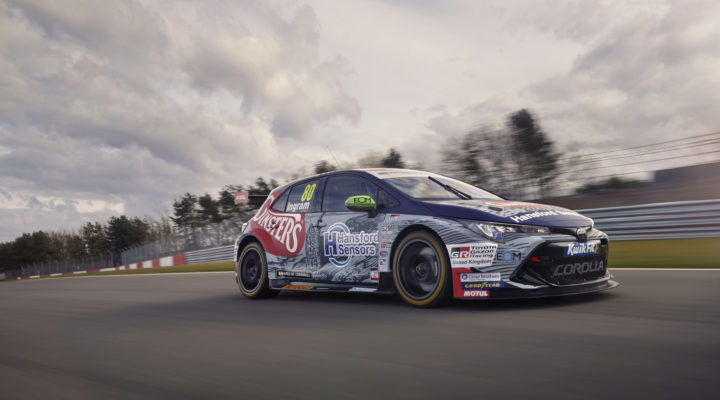 Speedworks, which was chosen following a competitive tender process, will work closely with Cosworth Electronics to integrate and validate the hybrid solution ahead of its competitive debut in the 2022 season.

Cosworth was formally announced as BTCC’s hybrid partner in July 2019 and has been actively developing its system since August. Now in its final design phases, Cosworth will carry out bench-testing of each element before running the system on a custom-designed test rig before it hits the ground running later in the year.

The hybrid system is expected to make its track debut at the Snetterton tyre test in July, although this will be largely dependent on Coronavirus (COVID-19) restrictions. Cosworth, along with TOCA (Series Organiser) and Speedworks, is monitoring the situation closely, although the project currently remains on schedule.

In testing, Cosworth and Speedworks – which runs as Toyota Gazoo Racing UK with Ginsters – will carry out initial integration and validation of the complete hybrid system. Tests will ascertain deployment and regeneration strategies, as well as system fine-tuning, reliability and endurance.

When it comes to competition in 2022, the hybrid system will be available to drivers after the first lap of the race, either to overtake or defend their position. The precise nature of how the boost will be available and its specific deployment will be determined through the development process. In order to undertake a rigorous and exhaustive test programme, Cosworth and Speedworks will put the system through its paces with a mixture of straight-line and circuit running, benefitting from Cosworth’s latest-generation Antares electronics suite.

Cosworth Electronics Motorsport Director, Rob Kirk, said: “Speedworks demonstrated a clear understanding for our requirements on this project and we are delighted to be working with them. We are delivering an innovative hybrid solution for the BTCC, which will herald a new and exciting era for the series. In Speedworks, we have a partner with proven capabilities and credentials to help us accelerate the development of our hybrid offering. Testing will give us the real-time data and feedback that we need to validate the system and to understand precisely how it will be deployed in racing. Although we are currently experiencing uncertain times with Coronavirus, we are still working towards our initial plan and are firmly on track to prepare the system for testing.”

Speedworks Motorsport Team Principal, Christian Dick, said: “We have been a huge supporter of the BTCC’s planned hybrid era. I am excited and proud that we have secured the development car contract. To have been selected for this by Cosworth, a company with a rich heritage in this industry, is a great testament to the engineering expertise that we have here at Speedworks. It is obviously a very tough time for everyone right now and the global pandemic will undoubtedly throw us some curveballs and change the way we execute this project, but ultimately it’s great news that there is still progress being made behind the scenes.”

Speedworks Motorsport joined the BTCC in 2011 and was quick to make its mark on the series. Securing its first podiums in 2015 led to a maiden victory just one season later. Building on that, the team took the Independent Teams’ and Drivers’ championships in 2017 and 2018 before attracting Manufacturer backing from Toyota in 2019.

Hybrid power is additional to the current BTCC 2 litre turbo engine power, with no reduction to the exhaust note.