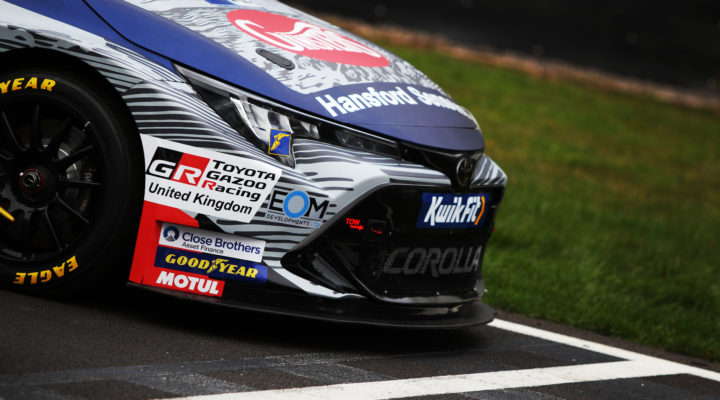 Having only reached the rostrum for the first time in 2015, the last few years have been something of a whirlwind for Speedworks Motorsport, yielding 13 race wins and back-to-back Independent Drivers’ and Teams’ crowns with Tom Ingram – but in 2020, the Toyota Gazoo Racing UK with Ginsters-branded outfit has its sights set firmly on the Kwik Fit British Touring Car Championship’s main prize.

Last season represented the first time that Speedworks had built and developed a car from the ground up in the UK’s premier motorsport series, as Toyota (GB) came on-board and the team transitioned into an official Manufacturer entry. The new Corolla won four races in Ingram’s hands, going from strength-to-strength over the second half of the campaign – installing the Bucks-born ace as one of the early 2020 title favourites.

The 26-year-old reaffirmed that status during the pre-season group test at Silverstone last month as he set the pace amongst the 29 high-calibre contenders – the product of a tireless development drive back at Speedworks’ Cheshire base over the winter months.

Although the start of the new campaign has been delayed by the COVID-19 pandemic, once the action does get underway, both driver and team are confident of maintaining that momentum – and they will do so with the continued support of leading engine lubricant company Motul and its UK distributor Witham Motorsport, who have extended their partnership with the squad into a seventh straight season.

“Motul and Witham Motorsport have supported us since Tom came on-board in 2014 and have become a major part of the team,” acknowledged Toyota Gazoo Racing UK with Ginsters Team Principal, Christian Dick. “Their support has been infallible, and we look forward to embarking upon yet another exciting new chapter with them. Good quality oil and fluids always improve performance, so we’re delighted to be working with Motul and Witham Motorsport for what I hope will be our best season yet.

“Our pace at the test day was immensely encouraging and Tom’s best lap times were achieved with a decent amount of ballast in the car. He reported that the Toyota felt better than ever, which is testament to the stellar efforts of the entire Speedworks crew. We’ve had our learning year with the Corolla now, so this season, it will be full-on attack right from the word ‘go’!”

“Together with Motul, we are very proud to keep supplying our winning formula products to Speedworks Motorsport,” added Witham Motorsport Sales Director, Richard Scarbrough. “We look forward to the exciting championship once the season starts later his year.”