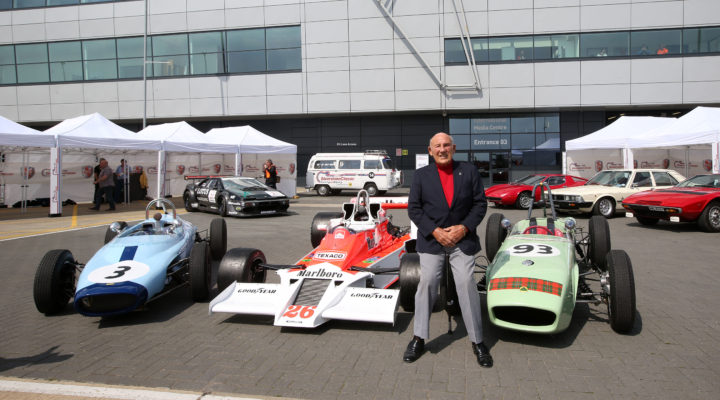 Sir Stirling Moss, who sadly passed away at the age of 90 earlier today (Sunday), is regarded as one of the greatest racing drivers of all time – even gracing the BTCC with his undoubted skills back in 1980.

Moss was well known for his myriad single-seater and sportscar racing successes – highlighting his abilities as a true all-rounder – and went on to become a huge ambassador for the sport in later life.

He took his first Formula 1 World Championship victory at the 1955 British Grand Prix, leading a Mercedes 1-2-3-4 at Aintree, on his way to claiming runners-up laurels in the standings for four successive seasons.

Sportscar triumphs at the famed Nurburgring and Mille Miglia were also added to his glittering CV before he also showed his hand in both rallying and touring car racing.

Stirling’s foray in the British Touring Car Championship came in 1980 – running with Audi – but he then largely competed in classics and historic meetings thereafter.

Sir Stirling formally retired in 2011 but would often be seen at the likes of Goodwood and the Silverstone Classic, before a fall – and later illness – curtailed his public appearances.

Everyone in the BTCC sends its thoughts, prayers and condolences to Lady Moss, and to Sir Stirling’s family and friends.