BTCC.NET CATCHES UP WITH JAMES GORNALL 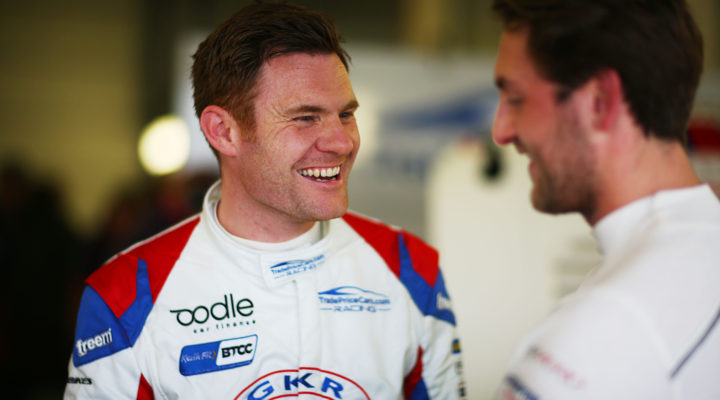 As the only rookie on the 2020 Kwik Fit British Touring Car Championship grid, GKR TradePriceCars.com’s James ‘Jiggy’ Gornall will have his work cut out to prove his talent amongst the myriad seasoned drivers with whom he’ll share the track. However, with numerous accolades to his name – including last year’s MINI Challenge drivers’ title in the headlining JCW class – and having posted the sixth-fastest time during the morning of the official BTCC pre-season test, the 35-year-old is due to start his maiden campaign on a strong footing, all things considered.

Btcc.net caught up with the series new boy to chat about his feelings about joining the championship, the forthcoming campaign and how he has been coping under the COVID-19 restrictions.

Firstly, how did it feel when it was confirmed you would be on the BTCC grid this year?

When it was confirmed that I would be on the BTCC grid in 2020, my first thoughts went to getting started in the car and ready for the season ahead. Obviously I was extremely happy – this is something I have wanted to do since I started racing, and I would like to stay in the BTCC for many years ahead – but I recognise the challenge and know that I need to work hard to get up-to-speed. Being the only rookie, I am racing people with experience of the cars, the engineering side and the environment, all of which takes time to prepare for and will be different to what I have experienced before. You know what they say, ‘fail to prepare, prepare to fail’ – I’m not here to fail, I am here to win! I am also really looking forward to being back on the TOCA package; you’d have to go back to 2004 when I was racing in Formula Renault for my last appearance.

Having not trodden the most straightforward path to the BTCC, you must be extremely proud to have finally got here?

I am very proud to finally be on the BTCC grid. It has been a long and winding road to get here and the BTCC was what I enjoyed most before I started to race myself. Nothing comes close to the spectacle and excitement of the BTCC. The first BTCC event I visited was the 1993 TOCA Shoot-out at Donington Park aged nine, and I can still remember Nigel Mansell’s wrecked Ford Mondeo coming past on the flatbed truck! What I am particularly proud of is how we did it. My father and I have had to work very hard to reach the BTCC, even running our own cars, including the MINI Challenge car, out of his double garage! It has been a real team effort. I am also very thankful to Dan Kirby for his help; I first met Dan when we raced together in the BMW Compact Cup, and I can see that we will achieve great things together with the rest of the team.

Obviously, testing was limited due to the current situation, but you were showing good pace pre-season. How frustrating is it to have your BTCC debut delayed due to the ongoing pandemic?

It is immensely frustrating to have to wait. My lap times and progression were looking good and I was feeling comfortable. Being new to the car, we were building good momentum, which now has to be built back up. That is easier with more experience, but I am working well with my engineer [Chaz Cleland] and the team, so I am sure I’ll be back on it by the time I do my first flying lap of our first test. I can promise you that I will be working hard to make sure I have all of the bases covered before I jump back in. It is the same approach I always take, and it has won me many championships to-date.

How have you been keeping yourself busy during this time?

To keep myself busy during this pandemic, I have been spending quite a bit of time on my FPZero simulator – luckily it was delivered just before the lockdown started! I have been working hard on my physical training too, as well as odd jobs around the house.

Another interesting thing I have been doing is taking part in a Taskmaster challenge in my street. Taskmaster is a TV show on ‘Dave’, if you are not familiar. With so many neighbours furloughed we needed something to do, so every week we create videos of ourselves completing a task, and a rotating Taskmaster decides the winner.

Working as a driver coach, I’ve had no work to keep me occupied while all of the circuits have been closed. I haven’t gone crazy just yet, but it may not be too long until I do!

And finally, how much are you looking forward to what should be a wild second half of the year?

I think the whole season will be wild! With a condensed calendar, everyone knows that a big crash could destroy your season – but with so much pent-up energy from being locked away, I have a feeling it will be entertaining…

I’m looking forward to every lap we will do!