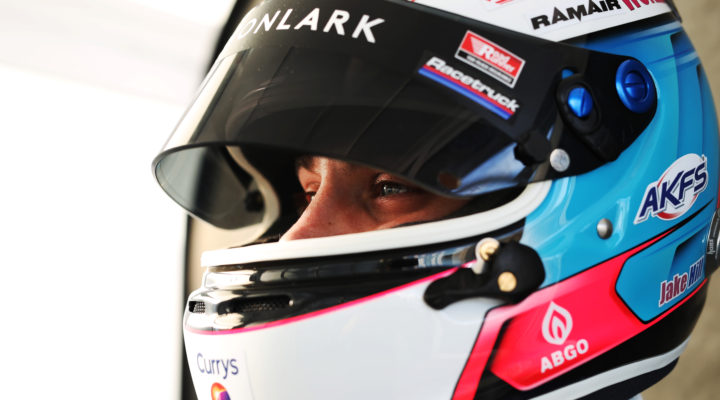 2020 will mark the seventh year in which Kent man Jake Hill has competed in the BTCC, but it will only be his fourth full campaign in the UK’s premier motorsport series. Sporadic races in 2013, 2015 and 2018, as well as the complete seasons of 2016 and 2017, were more than enough for Hill to show his undoubted talent but 2019 proved to be his truly breakout year.

A podium at Brands Hatch followed by a maiden win at Knockhill in 2019 sets Jake up nicely for 2020, which will see him line-up with a new team, new stablemate and new car… btcc.net caught up with the MB Motorsport accelerated by Blue Square man to find out his plans for the forthcoming campaign, and how the events of the year so far have affected both his and the squad’s preparation.

Obviously, circuits have recently opened for testing. Do you and your team have plans to get back on track soon?

Tracks opening up again is great news for everyone involved in motorsport, but for us at MB Motorsport, our plan is that the Snetterton tyre test will be our first outing following lockdown.

Are you looking forward to the official test on 7/8 July?

Yes, we’re very much looking forward to the tyre test. Snetterton is one of my favourite circuits on the calendar and for that to be our first go in the car again since Season Launch (17 March) will be great fun!

You had your first race-win last year; do you feel like you could be a serious contender for 2020?

I do. I am definitely aiming for the Independents’ Championship, and hope that my experience in the series, paired with the hard work of the team, will see me in the top five drivers overall.

What have you been doing to keep yourself busy during this time?

Trying to stay fit and keep my mind occupied! My line of work is driver coaching so obviously I haven’t been able to do that while the tracks have been closed. But I have been building a few RC cars, sorting my garden and house out and doing any work I can.

Have you been able to enjoy Esports at all during lockdown?

I don’t have a sim, but have got a PS4 and I race in a few leagues online with that, which is good!

And finally, how much are you looking forward to what should be a thrilling second half of the year?

It’s going to be massively busy for everyone involved in the BTCC once we start up, but we’re all so ready for it! I’m more excited than I ever have been and I’m up for one hell of a fight. I’ve got the best car and the best Independent team around me… I can’t wait.