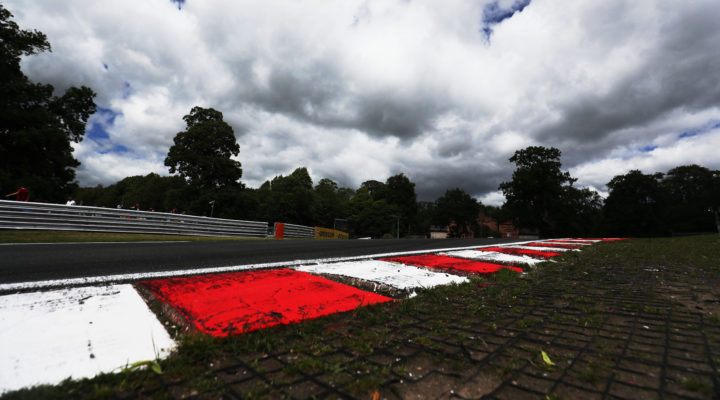 Sunday 14 June will see the BTCC Race Day with a Difference hit Oulton Park, as the five-event campaign draws to a close at the Cheshire circuit.

Following the initial postponement of the first five events of the 2020 Kwik Fit British Touring Car Championship, the BTCC team endeavoured to ensure fans could have access to some racing action to fill the newly extended ‘off season’ before the now revised calendar kicks off, which resulted in the Race Day with a Difference events, taking place on what would have been the first five race days.

Throughout the events, with the assistance of Motorsport News Editor Matt James, the BTCC team has been able to track points gained by drivers during the classic encounters and produce a standings table for each round.

The RDWAD standings have added a light-hearted competitiveness to the feature for fans and drivers alike, with MN offering a prize for the ‘winner’ following the finale.

Here, we take a look back at the RDWAD season so far…

Donington Park
The weekend of 28/29 March saw the launch of Race Day with a Difference, as the team used Donington Park to set the scene for the new feature.

In a day which featured 2014’s ‘Shedden/Turkington last corner drama’, 2018’s ‘Ingram 14th to victory’ and finished off with 2012’s ‘contact between Plato and Shedden’, the inaugural event fulfilled the RDWAD promise of supplying an action-packed event for fans at home.

As the event came to an end, the points showed Gordon Shedden to be leading the standings, having had wins in Rounds one and three. Tom Ingram’s Round two victory saw him leaving the Cheshire circuit in fourth, as the highest placed points-scorer to only have featured in one race, sharing the same number of points as Andrew Jordan, but with his race win setting him above the Staffordshire-based driver. Jason Plato and Rob Collard took second and third, respectively.

Here’s a recap of BTCC RDWAD Round two:

Brands Hatch Indy
Following the first event, the BTCC team were keen to get the RDWAD action underway again, with the Brands Hatch’s Indy layout playing host to the second event.

The results of the fans poll saw the day kick off with 2015’s ‘Shedden vs Priaulx – closest finish at BH’, followed by 2013’s ‘Plato & Jordan contact – JP’s 75th victory’, before concluding with the fans’ favourite: 2018’s ‘Proctor wins from 27th on the grid – unforgettable wet/dry race’.

Once again, Shedden led the standings leaving the Kent circuit, with Plato still hot on his heels in second. Jordan’s points-scoring finishes during the day saw him jump up to third by the end of Round six.

Here’s a recap of BTCC RDWAD Round six:

Silverstone
Silverstone’s RDWAD, on 26 April, yet again showcased fan-favourite highlights of BTCC action, this time at the Home of British Motor Racing.

RDWAD Round seven saw 2018’s ‘Ingram at it again – 15th to first including several double overtakes’ – showing once again how much fans enjoy watching a driver battle to the front of the order against the odds – setting the scene for another action-packed day.

The first race of the day was followed by 2014’s classic ‘BTCC legends – Menu, Giovanardi, Plato, Turkington, Jordan & Shedden fight for the podium’, while 2019’s ‘Goff wins wet/dry classic – Jack does it from 21st on the grid as inter-team skirmish between Turkington & Jordan intensifies’ concluded another gripping RDWAD.

Leaving Silverstone, a three-way tie for the top spot on the standings ensued, with Plato, Jack Goff and Colin Turkington all having tallied 74 points, with Shedden and Adam Morgan also tied just seven points in arrears.

Here’s a recap of BTCC RDWAD Round nine:

Thruxton
For the penultimate RDWAD the BTCC team ‘headed over to’ the fastest circuit in the UK, as Thruxton hosted another trio of classic encounters.

This RDWAD started off with a 2019 encounter, with ‘Cammish success as race starts in the dry and ends in heavy rain’ from the second visit of the year, in August. Race two saw viewers just back to 2016’s ‘Morgan’s Mercedes wins as race ends in red flag drama’ before another step back in time, and a lesson in how to defend like your life depends on it from Plato, in 2015’s ‘Plato fends off home hero Collard in classic race-long duel’.

Following Thruxton’s three races, as we head into the final event at Oulton Park on 14 June, Morgan leads the standings, with Plato a mere six points behind, in second. Jordan cinched third in the table, but in a feature in which points depend on the fans’ choices, will we see another change at the top by the conclusion of Round 15?

Getting involved
As with all RDWAD polls so far, a shortlist of six race has been determined, with fans choosing their favourites which they would like to see streamed on 14 June.

In a change of proceedings, fans have been given a whole week to decide which to choose for the grand finale.

The top three races will be streamed on itv.com/btcc in the ‘viewers vote’ article, which will be published approximately 30 minutes before the first race begins.

Have your say on which Oulton Park race would make an epic RDWAD finale now, here.