FULLER: I CAN’T WAIT TO ‘DELIVER’ SOME GREAT RESULTS 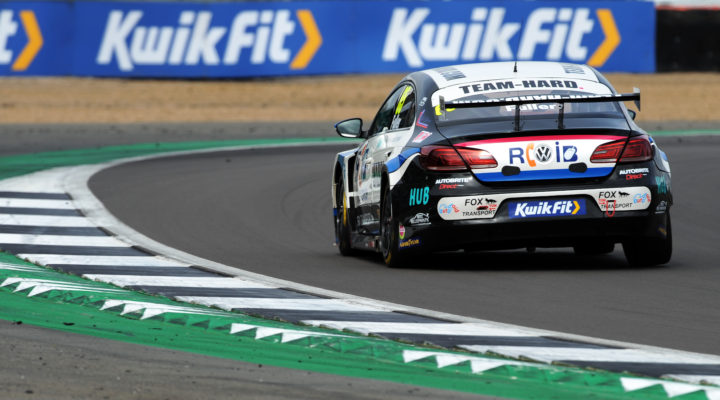 When Team HARD announced that Mike Bushell would be replaced by Howard Fuller for at least the first three events of the 2020 Kwik Fit British Touring Car Championship as the former continued his recovery from Myocarditis, the Kent-based squad couldn’t have predicted the events which were to come.

While the delay to the start to the 2020 season has given some drivers the opportunity to refine their sim racing skills and others the time for some home-improvements, 27-year-old Fuller has been filling his time during the extended off season by working as a delivery driver.

“My day-to-day routine, working, going to the gym, focusing on the upcoming race season, it all sort of fizzled out, in light of the pandemic. I suppose the job just came about through a simple internet search. I needed to of course keep up with my living expenses and felt that I’m healthy and able-bodied enough that I should go out and contribute in any way that I can.

“Funnily enough, I’ve actually got some experience as your ‘friendly neighbourhood delivery boy’, as I used to deliver for another popular courier. Throughout my racing career, my dad’s always been at my side through the race weekends. So, during the week, Mum and I would deliver some parcels, cruise along with some tunes playing, and get to catch up a bit. Delivering parcels just seemed like the obvious choice to me, I get to get out for a bit and meet all the friendly neighbourhood cats.”

In a bizarre coincidence, Fuller has even recently even delivered to series Chief Executive, Alan Gow.

“My first thought when I read the name on the parcel was ‘no, surely not’ but sure enough, it was! It was a shock to us both, just another day, another delivery. But it was great to finally meet him one-on-one.”

Fuller’s love for motorsport started at the young age of nine when he was allowed to give go-karting a try on a family holiday. While his family weren’t involved in motorsport, the experience had a profound effect on the youngster and set him on a path with the determination to continue to enjoy the thrill of racing.

“I was in love with it straight away and never fell out of love with the sport. There were definitely some challenges, but with the support of my family and those who had faith in my talent, I’ve been able to get where I am now.”

When discussing his aspirations to get a permanent drive in the BTCC, the Surrey-born driver said: “It would mean everything that I’ve worked towards for most of my life. It’s the only Championship I want to be in. And I want to be Champion. Even during gaps in my career, I structure my life around getting back in the seat, making sure I’m fit and prepared to go if I’m lucky enough to have an opportunity.”

Ahead of the first event of the 2020 season, at Donington Park on 1/2 August, all teams will take part in the Snetterton tyre test, which normally takes place mid-season, on 7/8 July. This will be the second time teams will hit the tarmac in an official capacity this year, following the Season Launch official pre-season test on 17 March.

The test will prove invaluable for teams as, for some, it could be the first opportunity to be together and implement new safety protocols. Fuller is looking forward to the test, as it gives him the opportunity to get some much-needed time in the car ahead of the 2020 season’s commencement.

“With the new schedule and news of the tyre test, the plan is to be in the car and work on the great test we had in Spain and keep that momentum going.

“I’ve been communicating with the team loads throughout lockdown to make sure we’re prepared for the upcoming season.

“I can’t wait to ‘deliver’ some great results for them… get it?”