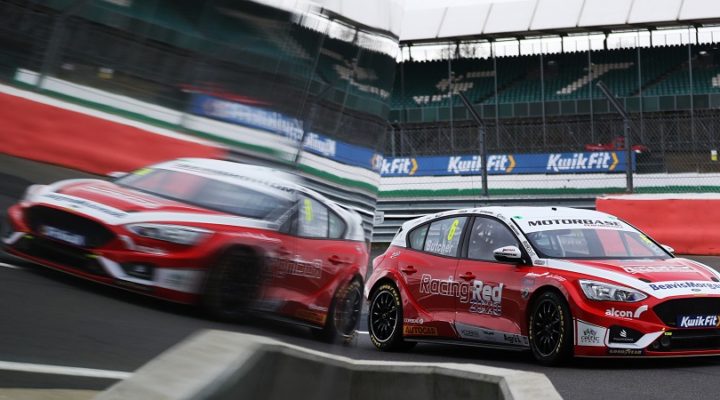 Motorbase Performance will tackle the British Touring Car Championship with three examples of its brand new fourth-generation Ford Focus ST when the series resumes at Donington Park on August 1-2.

The Wrotham-based team worked flat out to prepare two examples of the two-litre turbocharged cars ahead of the championship’s official media day at Silverstone in March, which were handled by 2019 Independents Trophy winner Rory Butcher and Ollie Jackson.

But now, with the delayed start to the 27-round contest, the team has been able to create a third example of the front-wheel-drive machine for Andy Neate, and he will sample the car for the first time during a test session at Donington Park on Thursday (11 June).

Team boss David Bartrum said the car build, and the extra months that the squad has had ahead of the new campaign, means the crew will be ready to hit the ground running when the field tackles the opening rounds.

“This has been a very challenging period for everyone involved in the British Touring Car Championship, but we have remained dedicated and focused on being fully ready when we are allowed to resume competition,” says Bartrum.

“Immediately after the media day the whole team got to work building the new car before lockdown started, since the the restrictions have been eased a little a small crew have been working hard to ready the final car for Andy Neate. Initially, because of the timescales involved, it looked like we would only have two new machines while Andy would have had to wait until later on in the season to finish the build of his car.”

The teams will assemble at Snetterton in Norfolk in July for the two-day Goodyear tyre test, which will give Motorbase Performance a further chance to refine the new machines.

“Because the cars haven’t been in the throes of a season, we have also had a chance to build up our stock of spare parts, which would have been a push on the original schedule,” adds Bartrum. “We have trebled the amount of spares we have, because we have to be a rolling workshop on some of the back-to-back weekends that the new calendar has presented. We have refined the cars we had already built and been through them with a fine-toothed comb, and we have applied all the lessons we have learned.

“This will put us on a very strong footing when the championship does kick off at Donington Park. We are chomping at the bit to get going.”