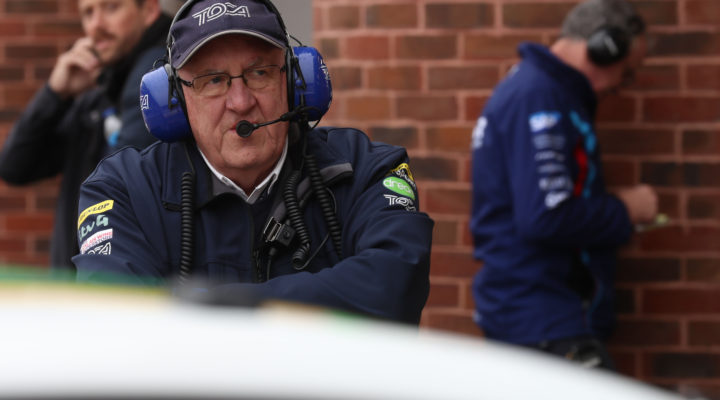 TOCA Technical Director, Peter Riches, has worked within the British Touring Car Championship since 1993 and is a vital part of the team to ensure safety and fairness regarding all things technical in the series.

Having been involved in motorsport since the 1970s, there’s no doubt that Peter’s CV would cover numerous pages, and it’s this high level of experience and expertise in the sport which informs his understanding of both how to undertake his role in the most effective way, whilst also predicting trends and developments in the industry that will require regulating.

Peter has a vast number of duties and responsibilities within the UK’s premier motorsport series, with meticulous planning, preparation and off-season work being vital to the series’ long-term stability and success.

Some of Peter’s key tasks includes creating, developing and amending regulations ahead of and, in some cases, throughout the season, to guarantee aspects such as new technologies are considered whilst continuing to ensure the series works in a safe and fair way.

Two major developments that Peter has recently overseen for example, includes the introduction of Hybrid technology into the series in 2022 through selected supplier Cosworth, as well as the new BTCC TOCA Engine contract, which has recently been awarded to industry leaders M-Sport… also due to start that same year.

Whilst long-term projects remain paramount, some of the more reactive aspects of his job includes considering the technical topics which are broached during teams’ meetings and the like, which have taken on an even greater significance during these unprecedented times following the COVID-19 outbreak.

One of the decisions taken during these procedures lately was to remove the Goodyear Option tyre for the 2020 season, benefitting teams due to regularity of back-to-back events, added workloads and the potential of reduced staffing in the now condensed campaign.

“The role involves having one eye on the future of course, but then there is also the critical side of policing the here and now. The job is very varied but also rewarding.”

Alongside his responsibilities to develop and generate new regulations, Peter must establish the means to ensure they’re being followed; scrutineering equipment must be developed to measure various technical aspects in the most efficient way to enable scrutineers to check things quickly and thoroughly.

During events, Peter and his team are based in the TOCA Technical Centre, a purpose-built truck unit that travels to every race with all the equipment needed to run a BTCC race weekend.

Once the equipment is set up, the truck effectively becomes the technical team’s mobile command unit, where they can analyse data and samples in order to ensure rules and regulations are upheld.

“Nobody watching the series really knows what we do to police the power of the cars, the boost levels, the revs, and all the other dimensions and things that we check. People wouldn’t believe the amount of equipment it takes.” With his 300th BTCC event due to take place at Silverstone (26/27 September) later this year, Peter’s experience within the series is in a different league to the majority of the TOCA paddock.

“You remember highlights with drivers and things; Tarquini on two wheels going on the Grand Prix circuit at Donington in the Alfa, Winkelhock in the BMW, laps with Biela in the Audi and Winkelhock around Donington on media day. There’s things like that, that stick in your mind more than when it’s just another race meeting.”

Whilst Peter’s position is all encompassing, the role of becoming a scrutineer is arguably the best place to start for anyone looking to follow a similar path. As noted by Motorsport UK, Scrutineers are responsible for checking the mechanical state of competing vehicles in terms of compliance with the regulations – ensuring fair play – and general safety.

Scrutineers can begin training from the age of 16 and are eligible to qualify as fully licensed Scrutineers once they turn 18. While experience in engineering or a similar technical field is usually an advantage, it is not essential.

The process for obtaining a Trainee Scrutineer licence is free and simple – for further information about becoming a scrutineer, see here.

In closing for this edition of ‘BTCC Careers’ it’s fair to say that Peter and his Technical Team oversee every aspect of the BTCC’s rules and regulations… he remains one of the most recognisable and familiar characters in the BTCC and long may that continue!