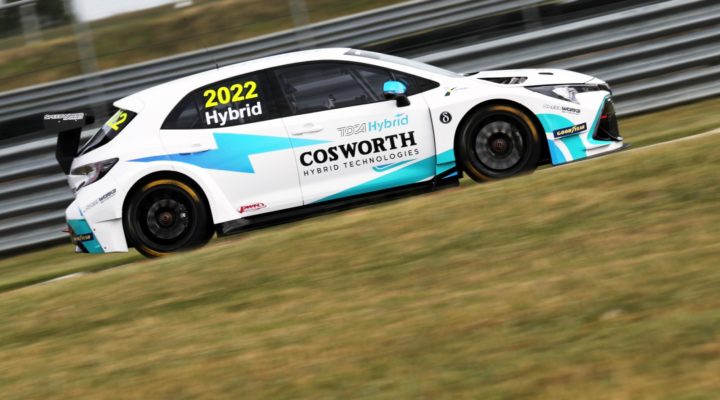 The Cosworth-developed Toyota Corolla TOCA Hybrid car hit the track this morning (7 July) as the two-day Goodyear tyre test got underway at Snetterton.

The Speedworks-run machine spent the morning running through planned preparation and installation checks before the car was released from the pitlane shortly before 10:30.

Newly announced hybrid development driver, Darren Turner, is completing the mileage during the first two days of running as the former BTCC race winner makes his return to BTCC machinery for the first time in more than a decade.

The car will now undergo its first two days of testing – alongside the other 26 regular BTCC cars that are on track at the Norfolk circuit – which kicks off the car’s extensive testing and development programme before the full introduction of hybrid BTCC cars in 2022.