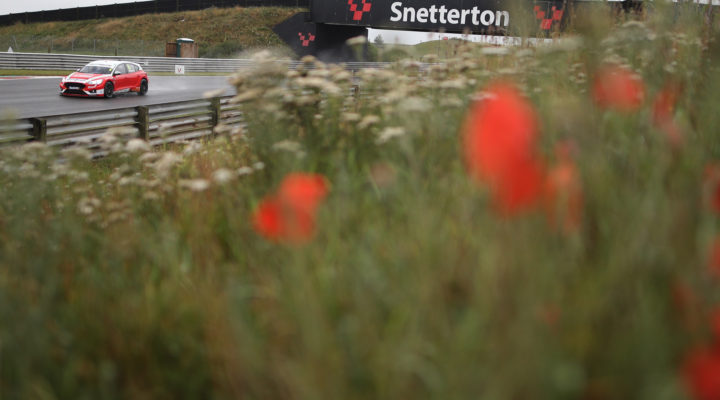 “Snetterton went really well,” said reigning BTCC Independent Drivers’ champion Butcher, “despite only getting half a day of dry running. We had a lot of things we wanted to try and the car has a great feeling in both conditions, so I’m really pleased with its performance – it’s a big step forward from the older Ford Focus RS. Wherever we go, it seems to be in the window or very close to it and only requires little set-up changes to find the sweet spot.

“With the Snetterton event being moved to October, the wet weather running was actually very beneficial. I was able to learn where the grip is and isn’t on the track and also learn what works with the car.

“Both the team’s and my own aspirations are to pose a real challenge this year, and we have real intent going into the opening round. We face a gruelling compact season with many challenges ahead, so we first need to keep focused on doing our jobs the very best we can and give our best performance.”

“It was brilliant,” agreed Team Manager Oly Collins. “We’ve done a few days of testing since lockdown began but we’ve been on our own, so you don’t fully know your pace – having the two days at Snetterton to go through our programme was really good.

“It’s good to test in all conditions; don’t get me wrong, we all prefer the stability of dry running, but this is the British Touring Car Championship – we have to be prepared for wet running! We learnt valuable things about the Focus ST in the wet conditions and all three drivers enjoyed the car in the wet as well as the dry.

“Looking at the season ahead, we’re a race team, we’re here to win. Motorbase as a team has put a lot of time, money and hard work into designing, building and developing the new car. Pre-season testing has gone very well and the pace looks good. We’ve got some very good people throughout the squad and we’re confident that 2020 can be the year we get to prove that.”

The Kent-based squad will now use the data gathered from the Snetterton tyre test, alongside other test days, to ensure it is in a confident place for the start of the 2020 campaign at Donington Park.