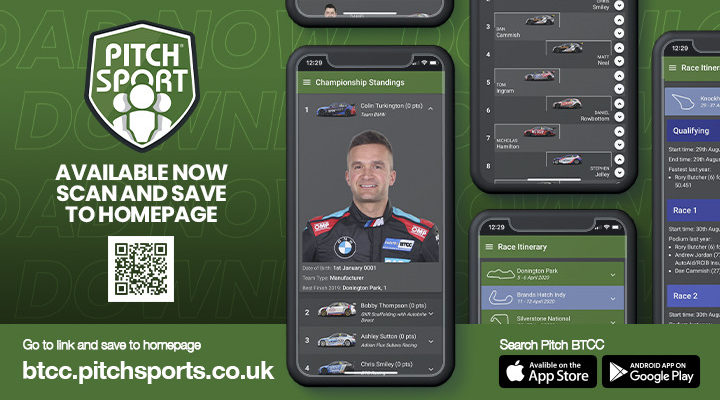 This week Pitch Sport announced the launch of a standalone fan prediction and video engagement platform for the Kwik Fit British Touring Car Championship, ahead of the series’ curtain-raiser at Donington Park (1/2 August).

“The passion, the excitement, the real racing that happens in the BTCC is amazing,” said Pitch Sport CEO, Susannah Schofield OBE. “I wanted to embrace the sport and build a data-driven digital platform that allowed the BTCC community to predict their winners, see statistics and compete against their fellow fans to see who really knows their stuff.  We are hoping that given the recent news that fans sadly won’t be at Donington this weekend, we can deliver the atmosphere, and the debate to the fans wherever they are.”

The Platform allows fans of the sport to really engage with the race weekend, not only seeing statistics from specific tracks from previous years, with timings, driver form and complex insights, it will also provide live updates on views and predictions. Allowing users to predict the qualifying line up, podium and finishing positions as they believe it will unfold. Points will be allocated as they are for the drivers and the league tables will produce winners and bragging rights to all those who take part.

Pitch BTCC will also contain the same unique video interaction service as its stable-mate Pitch Footy – ‘FanTime’, although for this app it has been renamed ‘PitTime’. App users can view questions from drivers, team members and fans and answer them, once again giving invaluable insight into what really makes BTCC fans tick.