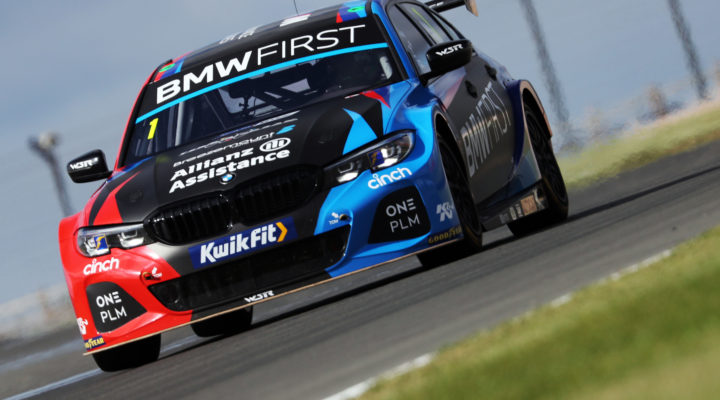 The longest off-season in BTCC history came to an end as 26 glorious tin-top machines took to the tarmac for the first time following the enforced four month delay.

Such was the excitement that drivers took little time to get up to speed as Tom Chilton immediately blasted his BTC Racing Honda into the 1:09s on the timing screens.

The relentless pace continued and it was Turkington who topped the lot as his 1:09.466s lap time dipped below Jason Plato’s existing qualifying lap record from 2014.

“I’ve only been out twice since October,” said Neal. “The car felt well-balanced right from the start, the tyres were good and the track’s in mega condition.

“I was determined to get out at Silverstone [in March] and set a time, but doing race distances would’ve been another thing with my injury, I was pretty beaten up after Season Launch so in that respect the delayed start to the season helped me out no end.”

Chilton had to settle for sixth at the finish following his early flurry of impressive laps, which was enough to pip his BTC Racing team-mate Josh Cook.

Whilst championship challenges are certainly not won and lost in the opening practice session, it was clear that many of the main contenders were immediately on the pace.