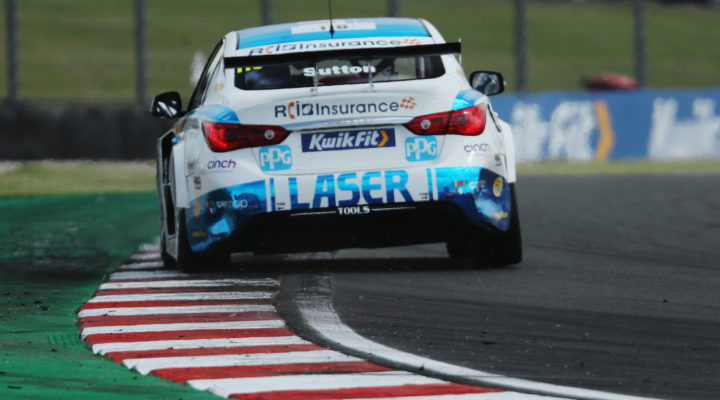 The 2017 champion has been in the thick of the action throughout the weekend with a stellar qualifying performance, fastest race laps and fight back drives, culminating in a magnificent win in the finale.

Sutton sailed away with the win in the closing laps, whilst Smiley crossed the finish line just 0.276s ahead of Cook. Sutton’s victory was the first for the Infiniti Q50 and Smiley’s podium was the first podium for the striking Hyundai i30 N.

It was a wonderful way to end an incredible day of racing as the BTCC made its long-awaited return following a gap of some of 294 days since last year’s final race weekend.

The Carlube TripleR Racing with Mac Tools Mercedes of Adam Morgan was in striking distance throughout the 17-lap contest but had to settle for fourth, ahead of early leader Jackson.

Ash Sutton said: “This is just what we needed. The car gives me a hell of a lot of confidence and it’s allowing me to do these things. We made a couple of little tweaks for that race the bits we were missing that I mentioned in qualifying and we definitely solved them then. I’m over the moon with that.

As long as we can keep this momentum going, I know I’ve got the best team behind me with Laser Tools Racing and BMR Engineering. I couldn’t ask for a better outfit. The car is absolutely phenomenal. I feel at home in it, it’s the best I’ve ever felt in a car so we’re ticking a lot of boxes here, we just need that little luck at the end and we’ll be sailing.”

Chris Smiley said: “It’s a dream come true really. To turn up here with a brand new car and a brand new team of guys around me and to come away with a second place and really be on the money. It was one of those drives you remember as it was inch-perfect the whole race, apart from the start really, I let myself down at the start. I just haven’t figured out how to get the Hyundai off the line but a big thanks to Excelr8.

Ash has been on fire all day. I didn’t make his life too hard, I knew with the pace there was no point in getting involved in a battle with him, I was guaranteed second place so I let him go. I had a good battle with Josh which I really enjoyed, so it’s been a good day for both me and Excelr8, and the all-new Hyundai i30 N BTCC car.”

Josh Cook said: “Obviously it’s good to end the day with a podium for the team; they’ve worked really hard over the winter. You can’t help but feel disappointed when you feel you had the pace to do a little bit more but it’s one of those things. Donington’s been really good for me in the past but I’m really happy to finish with a podium, it’s important for us because we’ve had a tough day so far.

“Ash was on it, so there wasn’t really a lot of point battling with him. I was hoping that as soon as he got through I’d be able to challenge Chris, but the guys at Excelr8 have done a really good job with that car. Credit to them, they fully deserve that podium and obviously well done to Ash for the win and I’m really pleased that we got some silverware because like I say our team deserve it. Today it wasn’t meant to be, but in the championship you’ve just got to pick up the points where you can and live to fight another day.”