DAN CAMMISH DOES THE DOUBLE 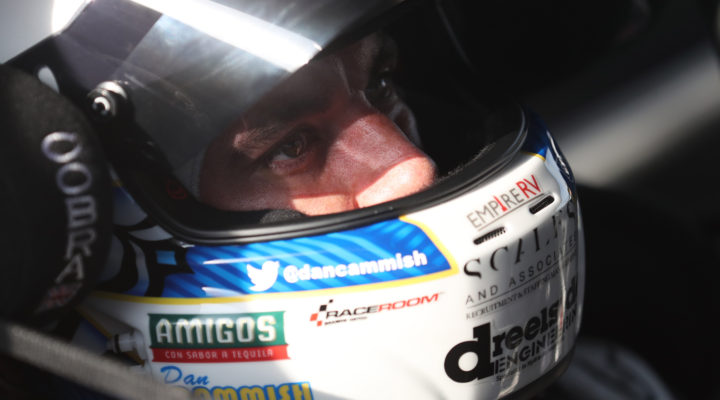 Halfords Yuasa Racing’s Dan Cammish again dipped under the existing Thruxton qualifying lap record as the Honda driver proved to be the class of the field once more in the second and final BTCC practice session.

Last year’s championship runner-up is currently playing catch-up to the likes of Colin Turkington and Ashley Sutton in the 2020 standings, and the Yorkshireman recognises the need to make up ground at one of Honda’s favourite tracks. The driver of the #27 Honda set his benchmark on his first run 0f the final 40-minute practice session, with the lap time seemingly coming quite comfortably for the multiple race winner.

“I’ve done a few flying laps to see what the balance is like as we progress,” said a confident Cammish with ten minutes of the session still remaining. “Thruxton is such a tyre killer in terms of degradation. We only get a certain amount of tyres to begin with and it’s the only circuit which we’re using the hard compound tyre this year.

“We’ve all got a certain amount to use and other than putting another set on there’s not much I can gain now. So now park it up, give it 10 minutes, get back in and then we’ll do our practice start and obviously the weigh-in at the end. I will get back in it but to be honest, other than just driving in circles and wearing it all out, I don’t think there’s much left to gain there.”

Excelr8 Motorsport’s Senna Proctor and Carlube TripleR Racing with Mac Tools’ Adam Morgan were third and fourth respectively, whilst Matt Neal backed up the prowess of the Honda Civic Type R by slotting into fourth.

Championship leader Turkington is again going about his business in a quietly confident manner as the Team BMW star set the fifth quickest time with his 3 Series carrying maximum success ballast.

Tom Ingram was eighth in the Speedworks-run Toyota Corolla, whilst the BTC Racing duo of Tom Chilton and Josh Cook rounded out the top ten.

Qualifying for Round 13 of the 2020 Kwik Fit British Touring Car Championship takes place at 1510 with the action being streamed live and exclusively via www.itv.com/btcc.