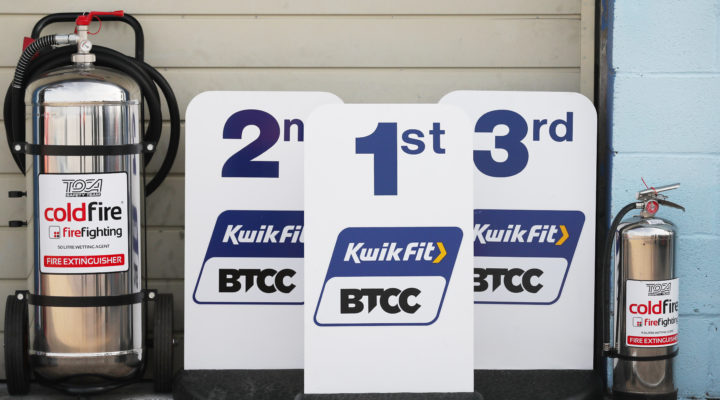 Catch up with the top three qualifiers for Round 13 of the 2020 Kwik Fit British Touring Car Championship now!

Dan Cammish scored his first pole position of 2020, and the second of his BTCC career after dominating in FP1 and FP2 at the Hampshire circuit:

While Toyota man Tom Ingram held the top spot for some of Saturday’s qualifying session but had pole position snatched away by the #27 car:

Cammish’s team-mate Matt Neal took P3 ahead of today’s opening encounter, making it a Team Dynamics 1-3 on the grid for round 13:

Relive all the quali action via the circuit commentary, available on the BTCC Audio Portal now!