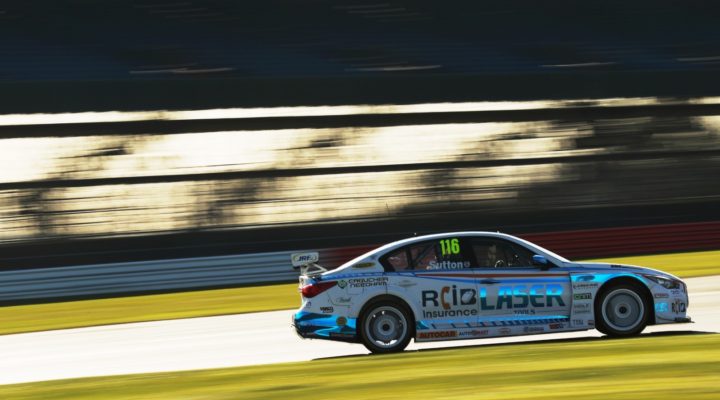 Sutton hit the front for the first time this season with a trio of top five finishes at Thruxton last weekend, whilst reigning champ Colin Turkington suffered with an on-track issue, and now the Laser Tools Racing driver is looking to stay on top despite carrying maximum success ballast onboard his Infiniti Q50.

“Last weekend was perfect obviously with Colin having an issue in race one it fell into our hands,” said Sutton. “From then it was about maximising points but being safe, thinking about every situation and move that we were making. For me we played that the best we could do, in the safest manner.

“We’ve done a very good time this morning, I expect the pace to be a little quicker than that, and we’re trying to find where that pace is in the car. Obviously with carrying the weight in FP1, there’s going to be a switch and we’re going to drop down the order a fraction. We’re in a very good position. Looking at the car where it is and where it was – I’m very happy.

“We didn’t expect to be leading the standings at this point, obviously we know what we’re up against. They’re not easy people to beat and the position we’re in shows we’ve done a very good job up to now, but it’s all ours to go wrong. So we’ve just got to maintain what we’ve got, make sure we’re finishing every race and keep the points up.”

Tom Ingram – another man in form following his win double in Hampshire last time out – was just 0.090s behind Sutton in this FP1 session, as the Toyota Gazoo Racing UK with Ginsters star has also fired himself into title contention.

Ingram is looking to make a late push for overall glory and he’s in the right place to do it as the most successful BTCC driver at Silverstone in recent times. Five wins over the last five years is quite an impressive return, and one or two more this weekend will do his championship chances no harm at all.

Team BMW’s Tom Oliphant and Excelr8 Motorsport’s Senna Proctor teamed up for a Kwik Fit golf event on Friday and the duo clearly enjoyed eachothers company as they’ve also paired up on track… ending this session in third and fourth respectively.

Halfords Yuasa Racing enjoyed one of its best weekends of the season so far with a quadruple podium visit at Thruxton so it’s little surprise to see Matt Neal and Dan Cammish continue their upturn in fortunes with fifth and sixth here at Silverstone.

Carlube TripleR Racing with Mac Tools’ Adam Morgan is fast-becoming one of the most consistent driver/car combinations on-track as the Lancastrian slipped into eighth during practice. The Mercedes man qualified fourth last weekend so will be hoping to be a contender again later this afternoon.

Aiden Moffat claimed the first ever podium for the Infiniti Q50 here last season and the Scotsman kicked off this year’s event in solid fashion with ninth, whilst Motorbase Performance’s Rory Butcher rounded out the top ten.

Qualifying at Silverstone often proves to be one of the hardest fought of the season and things are already heating up this time around with the top 25 being covered by less than a second in the opening session.