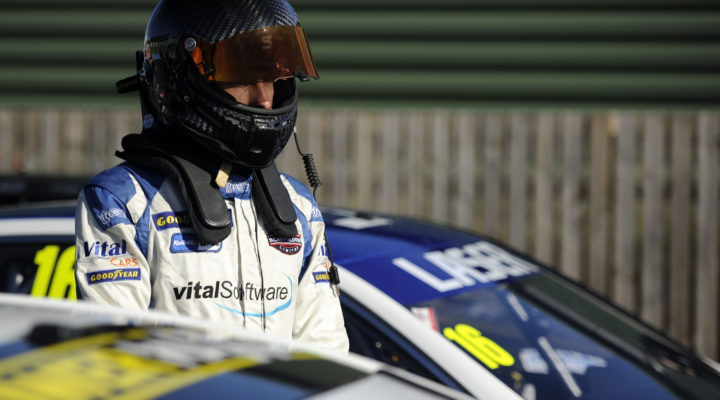 Bushell – who was the squad’s top points-scorer when he last raced under the Team HARD. Racing banner in 2018 – was set to return to the team line up full-time in 2020 before suffering from Myocarditis, an inflammation of the heart muscle, on the eve of the original season start date.

Having recovered from his illness but unable to commit to the full delayed campaign, Bushell was able to return for selected rounds with Power Maxed Car Care Racing in the team’s Vauxhall Astra earlier in the season, and will now take to the driving seat once again in the RCiB Insurance with Fox Transport Volkswagen CC alongside team-mate Jack Goff.

“It’s good to be back with Team HARD. Racing after testing the CC at the recent tyre test at Snetterton in July,” said Bushell. “It’s been a rollercoaster year for me personally, both on and off track, but I’m happy to be back in the seat that I originally had nailed down before my illness and Coronavirus hit.

“I enjoyed my time in the Vauxhall at Oulton Park and Knockhill and, despite coming away from those weekends pointless, I proved to everyone including myself that my speed is still there despite everything which has happened to me recently

“Having driven the VW CC at the tyre test, the team has improved the car since I last drove it prior to the 2019 season. I’m looking forward to teaming up with Jack and Nic to extract the maximum out of the car!”

“Firstly, I’m gutted for Tom who had a strong showing at Silverstone despite the results may be saying otherwise,” added the squad’s Managing Director, Tony Gilham. “He was on the pace of Jack and the pair worked together to fine tune the car’s setup.

“However, Mike is a great replacement for this weekend at Croft and I’m happy to see him back with the team after such an up and down year. It wasn’t nice to see Mike driving for a rival team but his speed out of the box was proven yet again and I’m confident he can have a strong showing in the VW CC this time, out and bring home his first points of the season.”