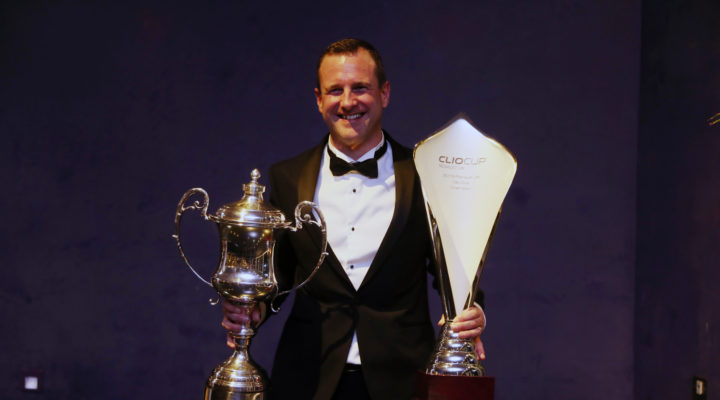 Rivett will make his long-awaited debut in the series at the wheel of the Audi S3 that has been driven thus far in 2020 by James Gornall, who has taken the difficult decision to stand down from his seat.

Gornall secured the team’s best result of the year to date, with a fine seventh place at Brands Hatch –  the highest finish for a rookie driver across the past two seasons. He also secured one of the three Jack Sears Trophy victories that the team has taken this year during the same weekend.

In his place, Rivett makes the step up into the BTCC as the most successful driver to have ever competed in the Renault Clio Cup UK, winning the championship title no fewer than four times.

The Surrey man will compete in the final two events of the season at Snetterton and Brands Hatch, with a prior commitment preventing him from racing this weekend at Croft.

As a result, team regular Bobby Thompson will fly the flag alone for GKR TradePriceCars.com in North Yorkshire as he looks to build on the solid results he enjoyed last time out at Silverstone.

The Essex-based racer picked up a brace of points-scoring finishes at the wheel of the #19 Audi, whilst his results across the weekend saw him rewarded with victory in the Jack Sears Trophy – open to drivers who haven’t yet taken an overall podium in the series.

That victory, Thompson’s second of the season, moved him into the JST standings lead, with a slender advantage of eight points and nine races still to run.

Thompson’s focus across the Croft weekend will be on trying to successfully retain his place at the head of the order, while he is also eager to try and make the most of recent improvements made to the Audi to push towards the top ten overall.

The 24-year-old has a single top ten amongst the nine points-scoring finishes he has secured this season, but makes the long trip north in confident mood at a circuit where the Audi has gone well in the past.

This weekend’s racing will air live on ITV4 from 1130 on Sunday, with qualifying being streamed at itv.com/btcc on Saturday from 1440.

“It’s no secret that I have always wanted to race in the BTCC and at the age of 42, I know I’m not getting any younger,” said Rivett. “My mother sadly passed away earlier this year and it really made me realise that I can’t let time pass by, and that I had to try and make it happen.

“I spoke to a few people to see what opportunities there might be for next season, and suddenly the opportunity has come along for me to take part in the final two events of the campaign. That’s something I’m hugely excited about, and that I certainly wasn’t expecting.

“I’ve obviously watched the BTCC through the years whilst racing on the support package and have competed against a lot of the drivers on the grid during my time in the Clio Cup, and even before that when I was racing in Fiestas and had my novice cross alongside guys called Colin Turkington and Gordon Shedden, who have gone on to do quite well!

“My goal is to use these two weekends to show what I can do. I’ve always adapted quite well to new cars and the aim will be to get quicker every time I go out on track and look to keep progressing forwards. Snetterton will all be geared towards preparing for Brands Hatch as that’s my home circuit, and I’d love to be able to go out there in the final races and challenge for some good results.

“It’s a shame that I’m not able to also race at Croft this weekend, but I’ll be cheering Bobby and the team on and look forward to joining him on track. I have to say a huge thank you to Trade Price Cars for the opportunity to fulfil a dream, and also to my long term sponsors WDE Recruitment and Tachosys for helping to make this possible.”

“It’s a shame that James won’t be racing with us for the remainder of the season as he has been a popular member of the team,” added Andy Wilmot, Joint Team Principal. “But at the same time, we’re delighted to be able to give Paul the opportunity to join the grid for the final two rounds. Speaking to him at Silverstone, it is clear to see the desire that he has to get into touring cars, and his record in the Renault Clio Cup through the years speaks for itself.

“Although it is a big ask for a driver to step into the BTCC mid-season, we’re confident that Paul will be able to do a good job on track at both Snetterton and Brands Hatch, and will form a strong partnership with Bobby as he looks to battle for the Jack Sears Trophy title.”

“If we can start the weekend at Croft in the same place we finished at Silverstone then I think we’ll be in good shape,” considered Thompson. “We should have a good base set-up to work with, and Croft as a circuit is one that should be better suited to the Audi – so I’m feeling confident.

“At Silverstone, we made a lot of changes to the car that have given me more confidence in the front end, and that is something that is really important at Croft with the various high-speed corners. We also saw an improvement in tyre wear, and that should also help us to push for some strong results during the weekend ahead.

“We were really playing catch-up in the Jack Sears Trophy going to Silverstone but now we have the lead, I don’t want to lose it again! It’s something that I need to consider when I’m racing against people who aren’t in the class, but at the same time, I want to be fighting for more overall points finishes.

“I still think that it will be a big ask to break into the top ten in qualifying, but we have a car that is capable of racing there on Sunday.”