‘KING OF CROFT’ DOUBLES UP 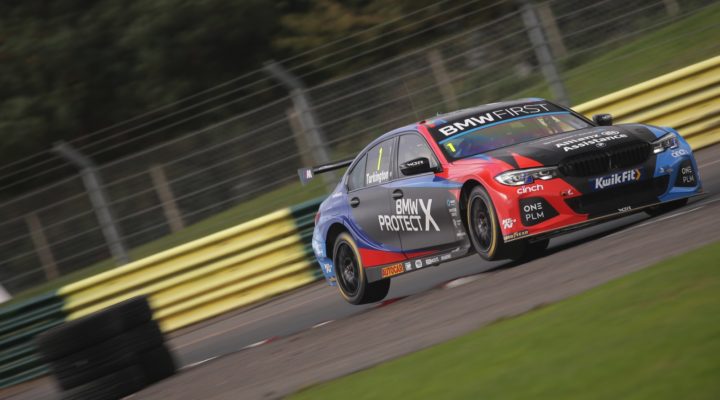 Colin Turkington’s affection for Croft Circuit has been there for all to see so far today (Saturday) as the Team BMW star topped both Kwik Fit British Touring Car Championship practice sessions at the North Yorkshire venue.

His 1:21.768s lap time in FP2 was quicker than his benchmark from earlier this morning, and falls just short of Andrew Jordan’s qualifying lap record from 2019.

Turkington has taken 12 career victories at Croft and he’ll be hoping for more this weekend, having recently relinquished his lead of the overall standings to rival Ash Sutton following the events at Thruxton and Silverstone.

“Croft differs from other circuits we go to because it’s a lot more technical – particularly the first and third sectors,” said Turkington. “You’ve got second, third gear corners and the first gear Hairpin, but then the middle bit’s flat out. It’s that challenge and compromise of setting the car up for both. But it’s a circuit I’ve always enjoyed and the BMW has always been strong here so that probably helps a little bit!

“You can never be too confident in the BTCC; I know that from previous experiences. We’re focussed on our car and it’s going well. It’s handling as I want and we’re chipping away at it, trying to improve. But in quali everything steps forwards and the time shoots down, so I’ll be expecting that, but hopefully we can keep improving.”

Josh Cook (BTC Racing) and Jake Hill (MB Motorsport accelerated by Blue Square) ran in tandem on the timesheets in FP1, and they did so again in the second session – ending up in second and third respectively. Misfortune has hit both racers on occasion during the 2020 campaign, but it does mean they tend to arrive at circuits with very little success ballast onboard. Cook in the newer Fk8 – with the Hill running the older Fk2 shaped Honda Civic Type R – will expect to be pole position contenders later this afternoon.

Ciceley Motorsport continues to squeeze more performance from its Mercedes A-Class with Adam Morgan grabbing fourth, ahead of the recovering Tom Ingram who failed to set a time in the morning due to an issue with the Speedworks Motorsport-run Toyota Corolla.

Team BMW’s Tom Oliphant edged out Laser Tools Racing’s Ash Sutton to claim sixth, whilst Mike Bushell impressively took eighth on his return to Team HARD. Bushell’s weekend has not been without problems, however, as the Kent driver then crashed out at turn one immediately after setting his fastest lap time.

Motorbase Performance’s Rory Butcher was ninth, with Halfords Yuasa Racing’s Dan Cammish rounding out the top ten – the latter having had the subframe changed to his Honda Civic Type R ahead of the session.

Qualifying for Round 19 of the 2020 Kwik Fit British Touring Car Championship comes from Croft at 1455 this afternoon and will be streamed via www.itv.com/btcc.