NORTHERN HIGHLIGHTS TO SPUR ON EXCELR8 DUO AT CROFT 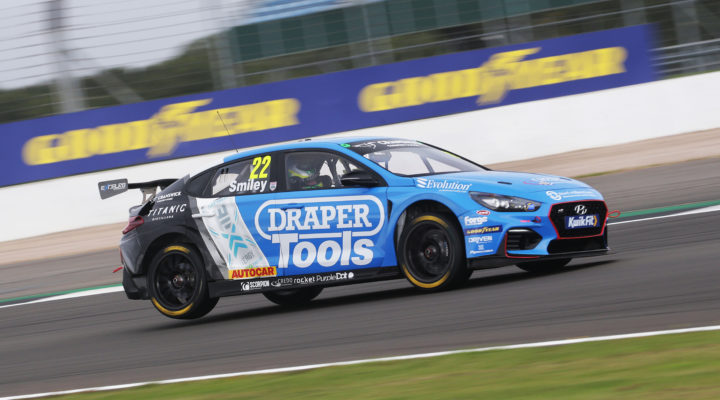 For Senna Proctor, Yorkshire’s premier destination for the top Touring Car series in the country marks his local event. The Driffield driver will be determined to put on a good show for his supporters who will be eagerly watching the live ITV coverage at home.

Having picked up his best result of 2019 at Croft, team-mate Chris Smiley will be relishing returning to a happy hunting ground, as the pair will aim to repeat their successes and fight for more silverware.

It has been a rollercoaster ride for the team in 2020, bringing in new technical staff, two new drivers and the pair of newly built Hyundai i30s. In doing so, the team has gone from strength to strength, developing from an outfit aiming to score points to one who has proven a podium threat.

Already this year, the team has picked up a maiden reverse pole, podiums and numerous double top-ten finishes, and heads into the seventh race weekend of the campaign seventh in the overall and fifth in the Independent Teams’ standings.

“I’m glad to be back here at Croft as we prepare for the final push in the championship fight,” said Team Owner Justina Williams. “Excelr8 Motorsport has made a multitude of major improvements this year and with a top three in the Independents’ championship and top five in the Teams’ Championship still a viable goal for our talented engineers, I’m confident we can work together to achieve it.

“There will be a lot of positivity among our drivers as well this weekend, not least from Senna, who will be hoping to put on a performance on home turf, continuing that momentum he displayed at Silverstone. For Chris too, this place will bring back many happy memories with the previous season’s podium and I’m confident he can translate it into a promising result.”

The track action begins today, 10 October, with qualifying on itv.com/btcc from 14:40, while all three races can be caught live on ITV4 on Sunday from 1130.