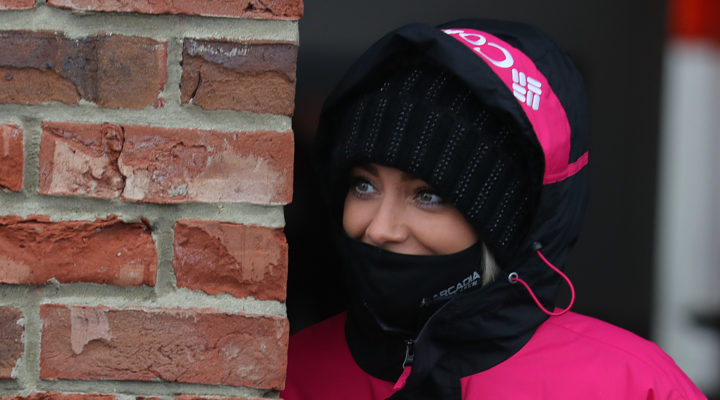 Having tested one of PMR’s race-winning Astras at Snetterton in September, Hawkins will make her first competitive BTCC drive at the circuit later this month.

The 25-year-old is best known for her extensive karting experience, having won numerous titles throughout her career, with a highlight being the 2008 Honda Cadet British Open Championship.

Six years later, in 2014, Hawkins took her first foray into circuit racing, with a podium in the Michelin Clio Cup putting her firmly on the British motorsport radar. In 2017, she narrowly missed out on taking the overall Mini Challenge title, after winning five races and bagging 13 podium spots from three pole positions.

In 2019, she became an inaugural participant in the highly published W Series, which saw her racing all over the world – a series on her agenda this year, until COVID-19 restrictions put the championship on hold.

Hawkins has additionally earned herself a reputation as a highly successful stunt driver, piloting several cars in The Fast & Furious Live shows, before jumping to stardom as a stunt driver in the upcoming Bond movie, No Time To Die, along with myriad other high profile Hollywood productions. This unique experience led to her being selected as an ambassador for Jaguar Land Rover, which sees her working with the brand on numerous exciting projects.

She also appears in the 2021 Guinness Book of World Records, holding the record for driving the World’s Fastest Accelerating Lawnmower, with 0-100mph achieved in just 6.29 seconds on Honda’s 200bhp Fireblade-engined Mean Mower V2.

“I’m really excited about seeing what Jess can do in the Astra,” said Team Principal Adam Weaver. “She impressed us at her initial test session a few weeks ago and, judging by her results in front-wheel drive machinery, should be a strong contender once she hits the Norfolk tarmac in a couple of weeks. Not only does she show phenomenal car control, as evidenced by her on-screen stunt credentials, but she’s a great person to work with, and shows tremendous commercial acumen.”

“BTCC is where I’ve always wanted to be – it’s my dream,” buoyed Hawkins. “I’ve managed to knock on the door a few times, but I genuinely can’t believe it’s actually happening, especially with such a great team behind me in PMR. I have to give a massive thanks to FastR, Motorsport Legal, Clapham North MOT, Elliot Brown Watches and the Motorsport Collective for backing me and giving me the support needed for this incredible opportunity. I hope it’s the first of many appearances on the grid for me!”