GLYNN GEDDIE RETURNS TO THE BTCC WITH TEAM HARD 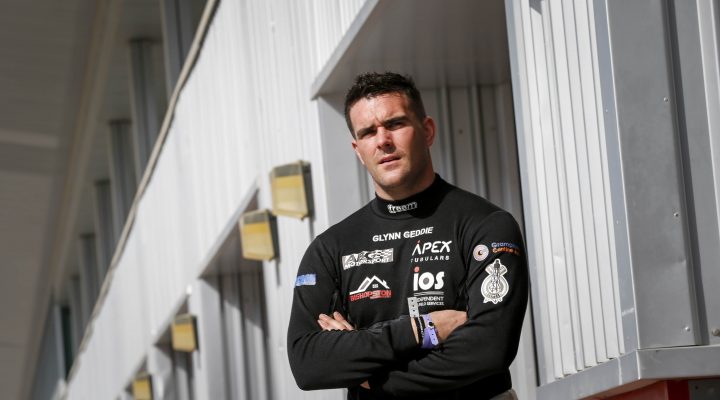 Team HARD. Racing has today (15 October) announced Glynn Geddie will make his return to the Kwik Fit British Touring Car Championship, partnering Jack Goff in the second RCIB Insurance with Fox Transport VW CC for the remainder of the season.

The 2011 British GT champion contested the 2014 BTCC season and selected rounds of the 2018 campaign, achieving seven points finishes in the ten rounds he took part in.

“I’m excited to be re-joining the BTCC circus after 18 months away,” commented Geddie. “During that time, I’ve done a lot of GT racing in Bentleys and Lamborghinis which are all rear-wheel drive, so I’m under no illusion that the front-wheel drive Volkswagen CC is going to take some getting used to.

“The car has shown flashes of pace this season and I’m sure with the help of Jack and Nic I will be able to get on the pace quickly and help the team secure more points finishes in the CC’s final few events.

“I must say it’s going to be a bit surreal competing in the biggest championship in the country with no fans present, they really help make the BTCC what it is. They will be missed but I’ll be giving it everything to put on a show for them all at home!”

Tony Gilham, Managing Director of Team HARD. Racing commented: “It’s great to have Glynn with us for the remainder of the season. He’s a very fast driver and proved he belongs in the BTCC in both 2014 and 2018. Glynn has driven an array of different race cars and has always been on the pace, to be able to adapt to new machines so quickly is a skill that, in my opinion, can’t be taught.

“I actually drove against Glynn in the Porsche Carrera Cup GB in 2008-2010, so we’ve known each other for some time now and have had many battles on track together, which is another reason why I know he’s going to do a great job in the Volkswagen CC.

“Let’s see what Glynn and the team can do in the final six races of the season as we all start looking to a new era for the team in 2021!”

Geddie will be partnering Goff in the second RCIB Insurance with Fox Transport Volkswagen CC for the Kwik Fit British Touring Car Championship events at Snetterton and Brands Hatch, both of which will be broadcast live across ITV4, with qualifying sessions streamed on itv.com/btcc.