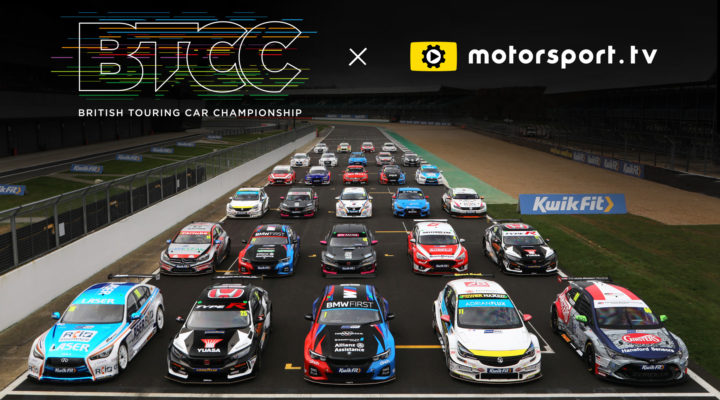 The British Touring Car Championship (BTCC) has launched a dedicated channel on Motorsport.tv, the OTT platform from Motorsport Network.

BTCC will utilise Motorsport Network’s global production and distribution service Motorsport Studios, taking advantage of its extensive archive of BTCC video and image content to create new content for fans. One of the first to be produced will be a series where current star drivers look back on the most iconic moments of the past and reveal the heroes that inspired them.

This year, the channel will host highlights and ‘Story of the Day’ videos from each of the final two race weekends of the championship, with an increased output of content coming in 2021. BTCC is the second race series to host its own channel on the OTT platform, growing the value of Motorsport.tv for any fan of motor racing and will see the BTCC extend its reach into new geographies utilising Motorsport Network’s 56 million-strong monthly audience.

Motorsport Network already has a partnership with BTCC through its Motorsport Games division, working to launch the official BTCC video game and Esports series together in 2022. The game will be developed for new generation consoles and PC, with an option to develop a mobile version, using market-leading technology.

The recent announcements of multiple new dedicated channels arriving on Motorsport.tv from brands like NASCAR, Audi Sport, Mercedes as well as many top car influencers displays the additional benefit to brands using Motorsport Network’s vast digital audiences and for fans to see Motorsport Network as the place to go for all automotive and motorsport content.

Alan Gow, BTCC Chief Executive, said: “We have already formed a strong partnership with Motorsport Network working on our official video game and Esports series and are thrilled to be able to now deliver exciting and exclusive content to our fans. Having access to Motorsport Studios is a massive advantage for BTCC, enabling us to tell our story in a new way for our fans and relive the history of the series with the vast historic archive of race footage.”

James Allen, Motorsport Network’s President, said: “We are delighted to be working with BTCC to expand the digital reach of the race series and its behind the scenes content to brand new audiences. And with our extensive archive of BTCC historic content over three decades in Duke Video, the possibilities for delivering interesting, exclusive content for BTCC fans on this channel are endless. The channel will be a destination for fans of BTCC and a great place for others to discover the race series.”